Rosalie Brown remembers a time when fitness wasn’t mainstream –  that’s because she helped spearhead the movement alongside the likes of Suzanne Somers and Chuck Norris. These are the steps that brought her to fitness legend status. 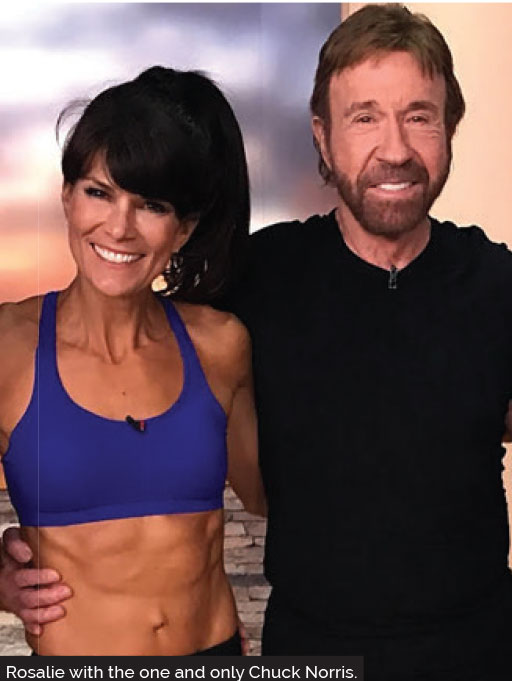 1- Rosalie started in the industry in the 1980s as the co-owner of two women’s fitness clubs. She revolutionized the way in which these gyms were run, offering staff training so classes were consistent and effective.

2- She became a business guru by taking courses at the University of Waterloo and Wilfrid Laurier University. The best business tip she learned during her studies? “Find out what keeps your staff happy.”

3- Even as a business owner, Rosalie struggled with balancing motherhood and her career. To stay sane, she tag-teamed parenting duties with her husband Rob through grueling 12-plus hour days.

4- Rosalie surrounds herself with strong, inspirational women, and lists meeting Suzanne Somers and Shark Tank’s Lori Greiner as turning points in her career. “Both of these women were definitely the stars of their productions, but they made sure all who were involved felt good and looked good.”

5- Rosalie proves that success can be found in unexpected places. Her partnership with Today’s Shopping Choice (formerly known as The Shopping Channel) began when she pitched a product to them in the early 90s. The product was rejected, but Rosalie’s energy made a big impression and the station found other fitness products for her to pitch. This eventually led to her demonstrating the Total Gym, a piece of equipment she proudly reps to this very day on QVC in the U.S.

6- Healthy aging is a topic Rosalie takes very seriously. Her latest project, the Simply Fit Board, is helping men and women across North America take control of their bodies by improving their balance and coordination. (As Rosalie points out, the number-one reasons for hospital trips after the age of 60 are tumbles and falls.) 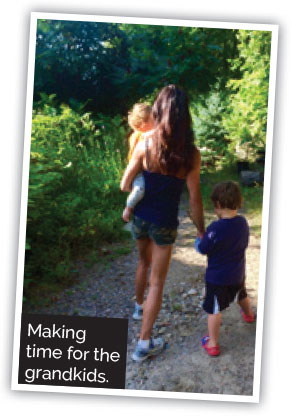 7- It hasn’t always been smooth sailing for Rosalie. After being told she would need a hip replacement at the age of 42, her doctor suggested she consider alternative careers. A second opinion gave her renewed hope, and during her recovery she developed a workout that could be done completely from bed. Rosalie Brown’s Wellness Workout was born!

8- Rosalie credits Hamilton, Ontario’s Ronald McDonald House with getting her through the toughest weeks of her life. “My daughter became very ill; we thought we were going to lose her,” she recalls. She moved into the facility during her daughter’s treatment and subsequent recovery, along with her Total Gym. (The exercises on the following pages made up the 20-minute workout she did during this difficult time. “It kept me going,” she says.)

9- Though she has always been a staunch advocate for a healthy diet and active lifestyle, Rosalie understands that how she lives may not be everyone’s cup of tea. “I do not judge others,” she explains, “but I do get super excited when anyone is interested in ways to get stronger and healthier.”

10- Her parting words of wisdom can apply to women from every walk of life: “I’ve always believed in giving 110 percent. If you swing hard at everything, one day something will connect!”.

8 Things we love about Tracy Moore

Take Life by the Horns

Get In the Loop

Be Good to Your Gut