7 Ways Running has Changed Me

D’FYNE editor Karen Kwan never thought she’d be a runner, but 12 years in (and with her 13th marathon slated for this fall) she can’t imagine not logging those miles. Here, she shares what keeps her going.

Having to run used to fill me with dread. I can still feel those side stitches when we were forced to run around the schoolyard in high school in gym class, or the one awful, seemingly never-ending race in elementary school, which I bet was just a 3k race. As an adult, I wouldn’t even run for the bus. “There’ll be another one soon,” I figured. Who needs to start the day out of breath and sweaty, not to mention the discomfort of picking up the pace for of all half a block. 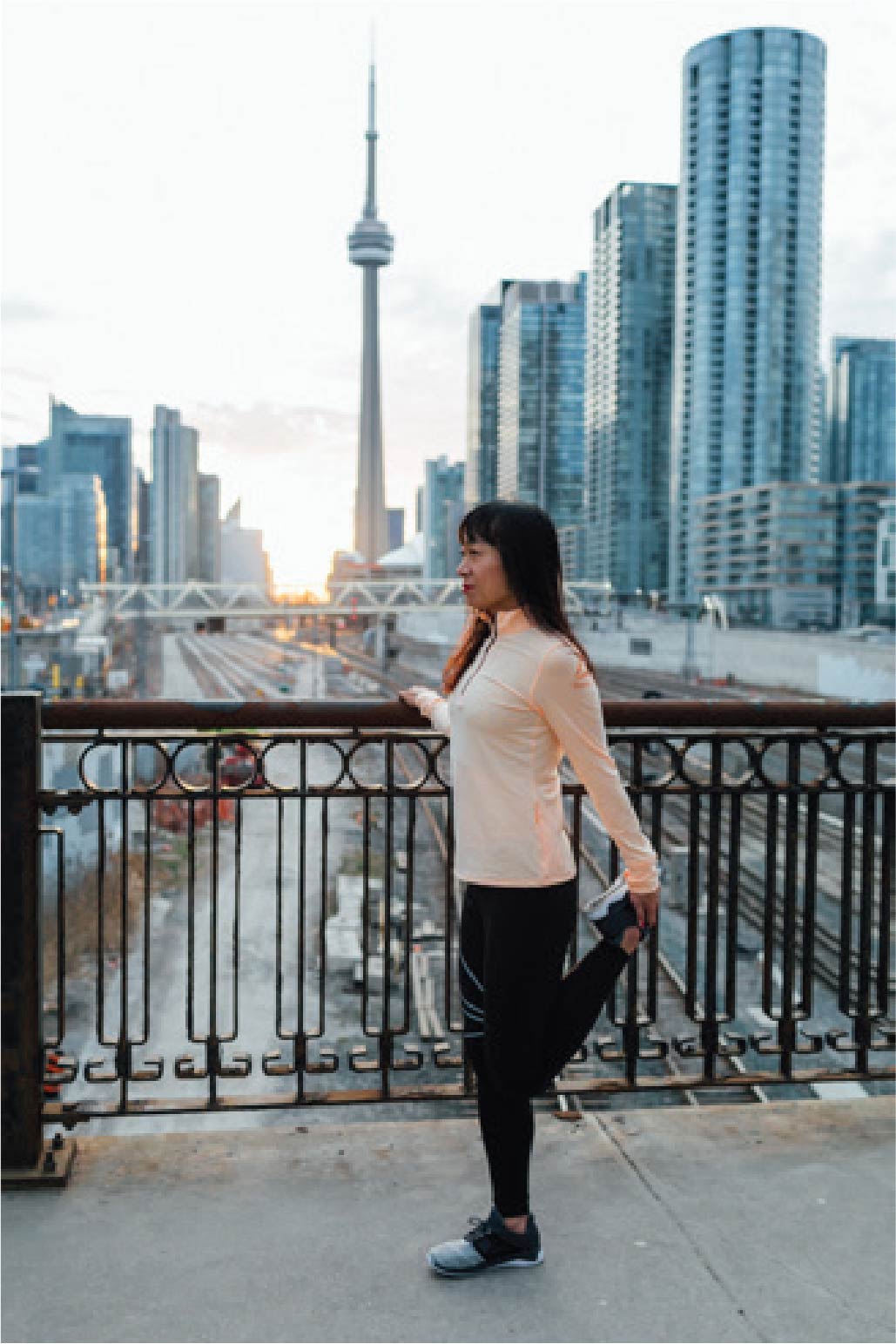 Fast forward to 2007, and I’m newly covering the health beat for a national women’s magazine and Nike’s launched their NikePlus system. It dawns on me I will have to try it out. I’d only recently gone to cheer on my sister at her marathon, and I didn’t quite even comprehend what was going on, nor did I even know what defines a marathon. “You ran what distance? For how many hours? How? And why would you want to?”

But with the NikePlus app to test out for work, I joined a Learn to Run clinic and plodded on. I was slow but I kept building the distance for my clinics and goal races until I ran my first marathon in 2010. Now having completed a dozen of them along with many other races, I have no desire to go further than 42.2 kilometers. While there will (probably) be no ultras in my future, running will always be a part of my routine as long as I am able to pound the pavement. Why? Running has changed me as a person. Despite having a love/hate relationship with the sport—doing a 34k training run in humid 36° Celsius weather is just plain awful—I have to admit it’s made my life better.

Running has given me one strong heart.

Let’s start with the obvious: running is a great cardio workout. There is loads of research that supports this. And despite what everyone thinks it does to your knees, one eight-year study found that the more people ran, the less likely they were to suffer from knee pain or osteoarthritis. Other research has found that running can add years to your life. Although I don’t see much of a change in my appearance since I started running seriously, I do feel physically stronger and know I’m doing something great for my health in the long term.

Running gets me outdoors.

Even though I love hiking and camping, in the city I will naturally gravitate toward being indoors. Whether that’s sleeping in or working away on my computer, I’m more likely to be found inside. My running schedule gets me away from my home office and into the fresh air, reaping the benefits of being outdoors and giving me a mental-health boost.

Running has made me appreciate winter.

I’ve never been fond of the cold. I can’t get enough of it when running by the mountains and going skiing, but in the city, winter is just messy, freezing, and miserable. But marathon training through the winter is, for the most part, easier than training through the summer months. I tend to overheat (and dislike the feeling of sweating) and winter temps mitigate that, resulting in a more comfortable run compared to summertime training. It’s made me better able to face and accept the chilly, dark winter months, which is key when living in Toronto. 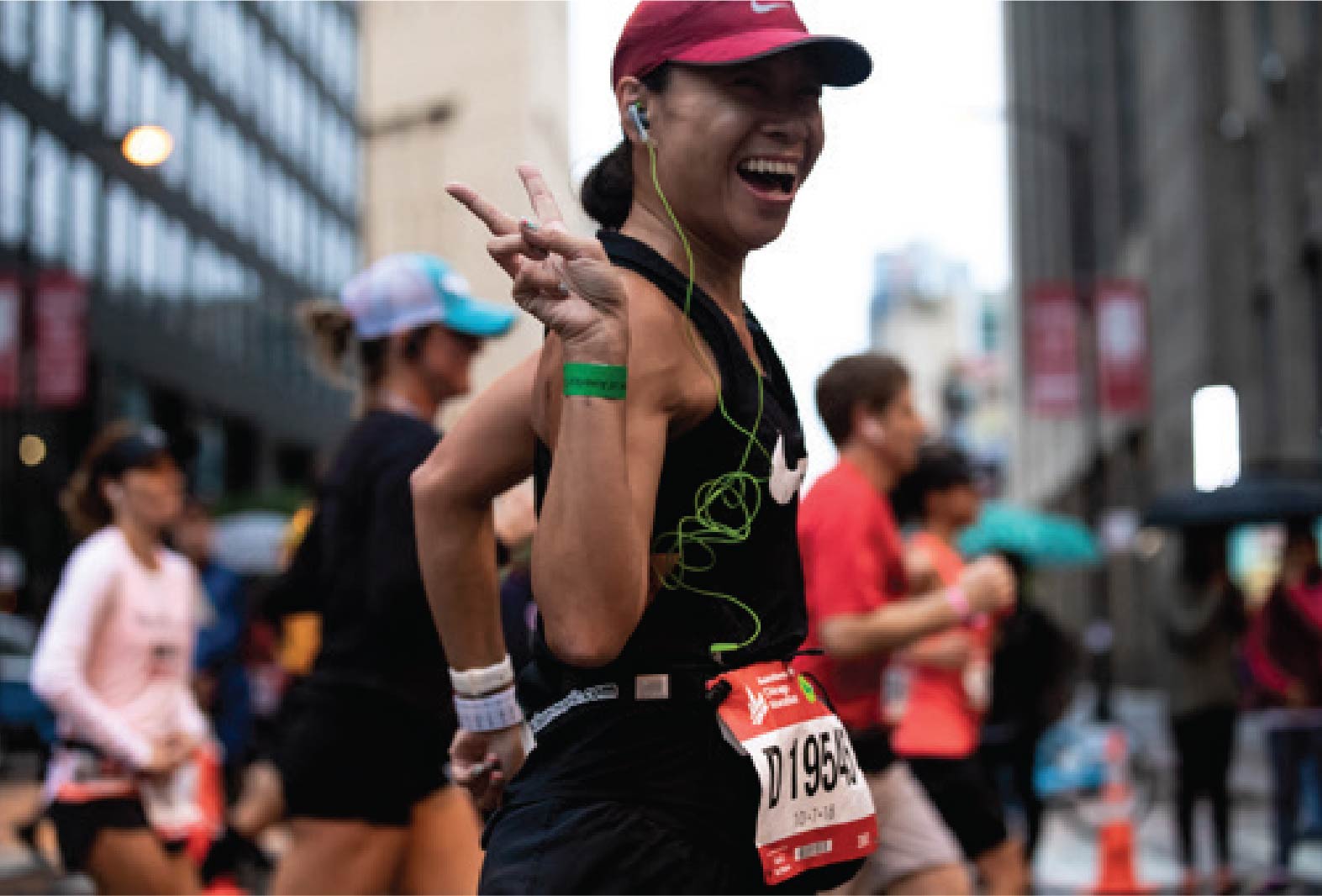 Running has helped me discover more of the world.

Running destination races has brought me to Chicago, Vancouver, Philadelphia, Grand Cayman, and Barbados, to name just a few, which has allowed me to experience these cities in a unique way. The Chicago Marathon, for example, draws 45,000 runners from around the world to the Windy City, and the support and festive atmosphere in Chi-Town that weekend is a heart-warming experience. In addition to destination races, having to regularly train means that I have explored both my hometown of Toronto and other cities, including Los Angeles and Chile’s Elqui Valley, covering way more ground running than I would ever stroll these areas leisurely.

Shoulders tight and wound up and my mind racing, ruminating over that tiff with a friend or stressing about a looming deadline? Heading out for a run will always help relax those neck muscles and clear my head. “Running is cheaper than therapy” as the meme says. Although I don’t think I’ve ever experienced a runner’s high per se, running is said to release endorphins, which help relieve stress and anxiety, and I do feel less wound up after going out for a run.

Running has brought new people into my life.

Although I more often train alone or with my dog, through running groups I have made good friendships (and it’s not easy as an adult to make new friends!). When you’re running for a couple of hours with someone, you tend to learn a lot about one another, after all. Running also becomes something you can easily connect with someone about. I can be at a networking type of scenario and if running comes up, then it’s something we both get about each other and bond over.

Running has made me more resilient.

Quite possibly the most important thing running has taught me is that I am stronger than I realize. When life hit a few lows in the last decade, once I could force myself to get out of bed and into some gear, running helped me see that I was still capable even though I felt hopeless. And with each additional run, the stronger and faster I got, the stronger I felt mental. Plenty of research backs the mood-lifting benefits of running. One published in journal of the American College of Sports Medicine found that 30 minutes on a treadmill can lift the mood of someone suffering from major depressive disorder. For myself, I know that with each faster time I achieve, times I’d once thought out of my reach, I reflect on how far I’ve come; I was once that girl who couldn’t run for 30 seconds. And that is enough to feed my drive to continue running.. 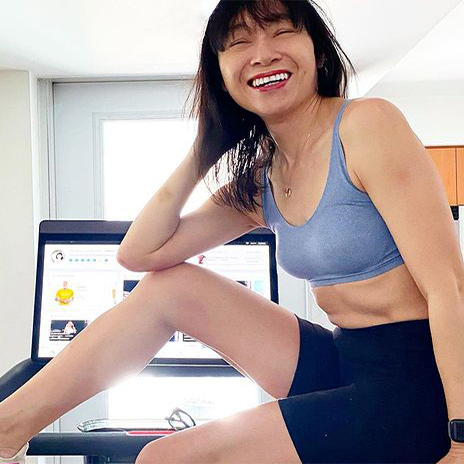