HEATHER SCOTT THOUGHT A FITNESS COMPETITION WOULD PROVIDE HER WITH THE FULFILLMENT SHE SOUGHT. BUT IT TOOK A DRAMATIC MIND-BODY MAKEOVER FOR HER TO SEE THE TRUTH.

To say Heather Scott is busy is an understatement. As a real estate agent helping people find their ideal cottage or a new home in Ontario’s cottage country, her appointments pull her all over Muskoka.

“I drive 60 to 80,000 kilometers each year. I’m in my car all of the time,” she said over the phone on one such trip. The long, erratic hours can be stressful, but Heather finds validation in her career. 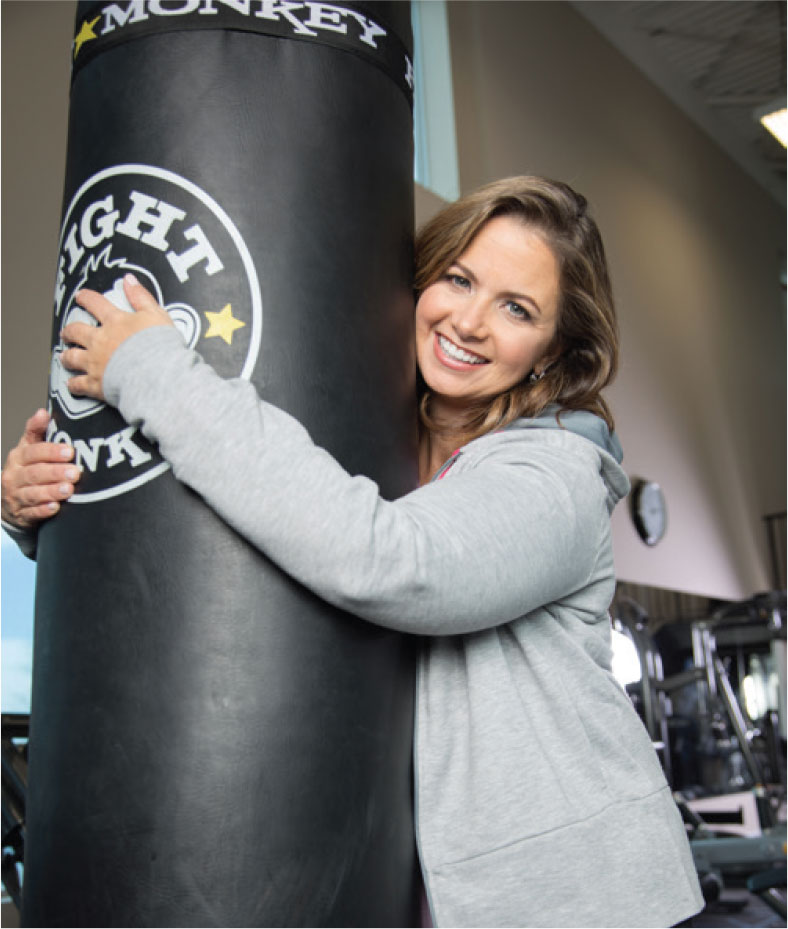 And though tired and road-worn, she happily made time between clients to talk about a topic that she holds very close to her heart: how to find true self-acceptance.
★★★

“I don’t know what finally clicked,” she wondered aloud from her car, on her way to Bracebridge, Ontario, to show an interested client a listing. “Everyone tells you to love yourself and love your body, but what the heck does that actually mean?” She paused, allowing the dead air between the two phones, hundreds of kilometers apart, to hang heavy. “Once I finally realized that it’s not about loving yourself, it’s about accepting yourself, then I wanted to treat myself better. It was hard to get away from that mentality – before accepting or loving yourself to me meant giving up.”

Getting to that epiphany, however, was another rocky process altogether.
★★★ 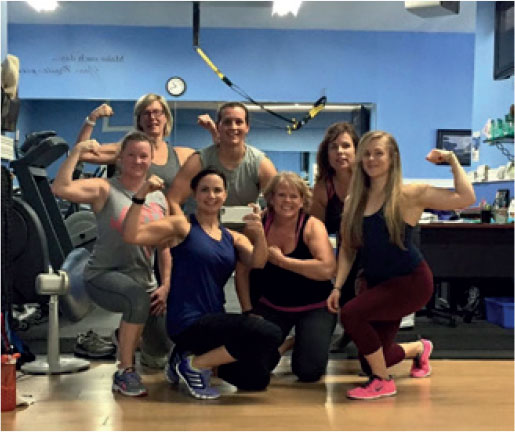 When she was young and still forming her self-image and personal identity, one of Heather’s best friends said something seemingly innocent that sent her on a spiral of self-hatred that lasted decades. After confiding in her friend that she wanted to be a rockstar, Heather’s pal dealt a shattering blow. “She told me there were no fat rockstars,” Heather recalled. A tomboy and quiet only child, she took this judgment to heart. 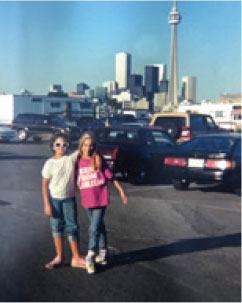 Now, many years and many experiences later, she owns a contracting business with her husband, which aligns perfectly with her real estate ambitions. She had been immersed in the world of home building from a young age – her father owned a construction company where Heather learned everything she knows about homebuilding. 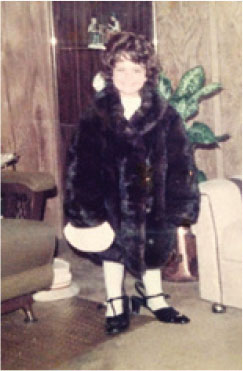 (“I’ve been on job sites since I could walk,” she laughs.) After her parents passed away and she and her husband began their own foray into contracting, Heather hoped that her knowledge and expertise would speak for themselves. But though it was almost 100 years since Canada’s suffrage movement, the genders were far from on par in an industry steeped with deep-rooted misogyny. Simply put: “I hated people wanting his opinion over mine.”

A short dalliance with interior design left her unfulfilled, finding her day-to-day tasks a bit “petty” and causing her to feel envy toward her clients’ extravagant homes. The next obvious step was sales, and she took to it as a fish takes to water. Yet still, she wanted something more, something just for her. And that’s when Heather caught the competition bug.
★★★

After securing a trainer, Erin Bailey, and putting in the weeks of work needed to form what she deemed to be a stage-worthy physique, Heather did just that – and she felt a rush of adrenaline unlike anything else she had ever experienced. “I immediately wanted to do more,” she remembered.

But after the contest, where she took third, she quickly realized that her competition prep had left her in a fog. “I truly had lost any relationship with normal eating; I didn’t even know what it meant anymore.” She was so used to be on a meal plan that she didn’t know how to fuel herself outside of such a structure. 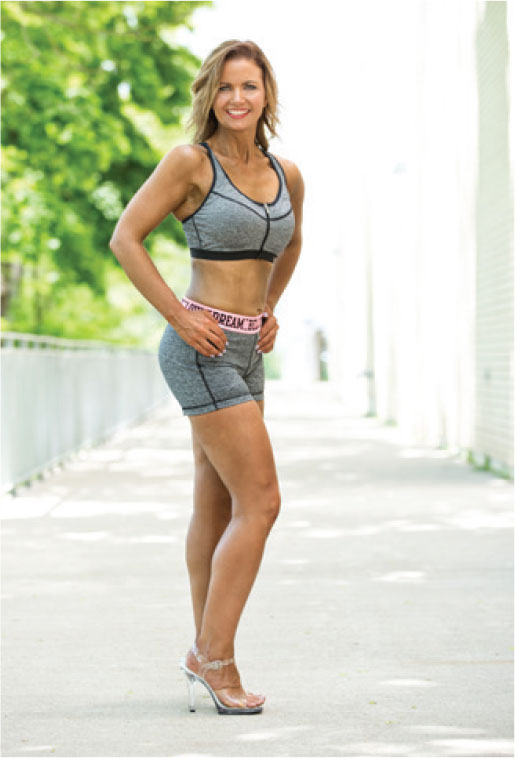 Heather soon found herself overeating, wanting to reward herself after the “suffering” she had put her body through – and her body revolted. She was in pain and put on weight faster than she ever thought she could. Even worse, her mental health suffered as her physical discomfort increased – exactly the opposite effects she had hoped her training would provide her with.

I TRULY HAD LOST ANY RELATIONSHIP WITH NORMAL EATING; I DIDN’T EVEN KNOW WHAT IT MEANT ANYMORE.

“It has taken me most of a year to get my head back around and learn to love myself just the way I am,” she noted. “Now I’m back on track to healthy eating habits and getting stronger and leaner – on my body’s schedule, not a calendar.” 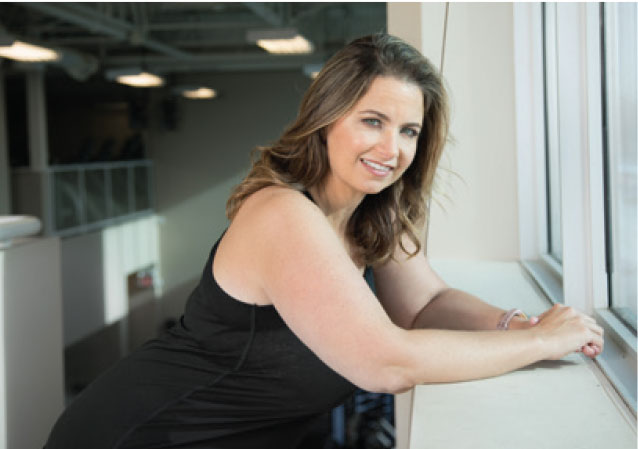 Though she doesn’t regret the work she put into her competitive body, she now recognizes that it wasn’t a sustainable way of life. “Competing was really all about validation for me. I was finally one of the fit girls,” she said. “In reality, competing sent me so far off track it was the worst thing I could have done. I was getting stronger and developing healthy habits, and then the prep plan set everything into chaos and my mind and body did everything they could to sabotage me.” Knowing her body more intimately helped her level out following her physical fall from grace, and she found her exercise “sweet spot” – not putting in too many hours at the gym, not too few. 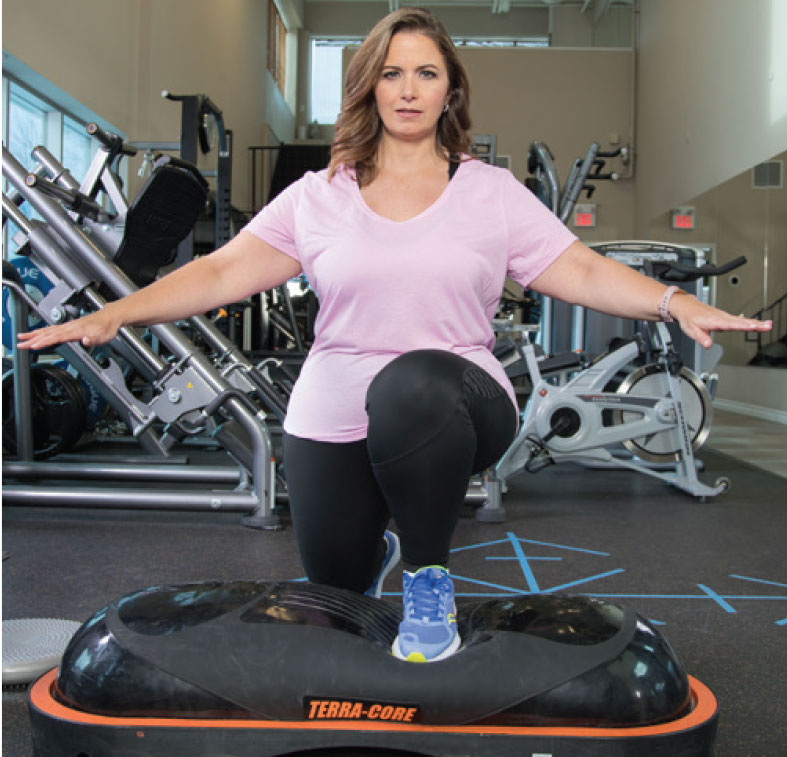 The same goes for her eating habits. On the phone from her car, Heather happily reported that she enjoyed a wide variety of food over the holidays, relishing the realization that she could have some mashed potatoes – not two cups, but enough to savor. “Eat what you want but try to eat until you are 80 percent full – even cheeseburgers and poutine,” she said when asked for tips on staying sane. “You don’t need a meal plan – you just have to enjoy and recognize what you’re eating, and don’t eat until you are stuffed.”

Though she recognizes that competition is a bucket list item for many women, based on her experience Heather recommends a photoshoot as a more attainable, rewarding goal. “Or even have a more performance-based goal, like a 5K run or a mini-triathlon – I am actually considering an all-women’s triathlon in Niagara this summer.”

And that’s sound advice for anyone learning to love themselves.

Your Own Worst Enemy