That’s how Dianne Deborah learned to treat her body right — and how mental and emotional well-being can go hand in hand. Now she’s sharing her inspirational tips on how to persevere.

Although Dianne was a steel willed lawyer in her professional life, she felt beaten down in her personal life. “What people saw at the office was not what I was feeling on the inside,” she recalls. Since her childhood, her father had told her how strong she was, and what a strong woman she would become. However, due to challenges in her personal life and marriage, Dianne started feeling like a shell of her former self. That’s when she started her fitness journey. 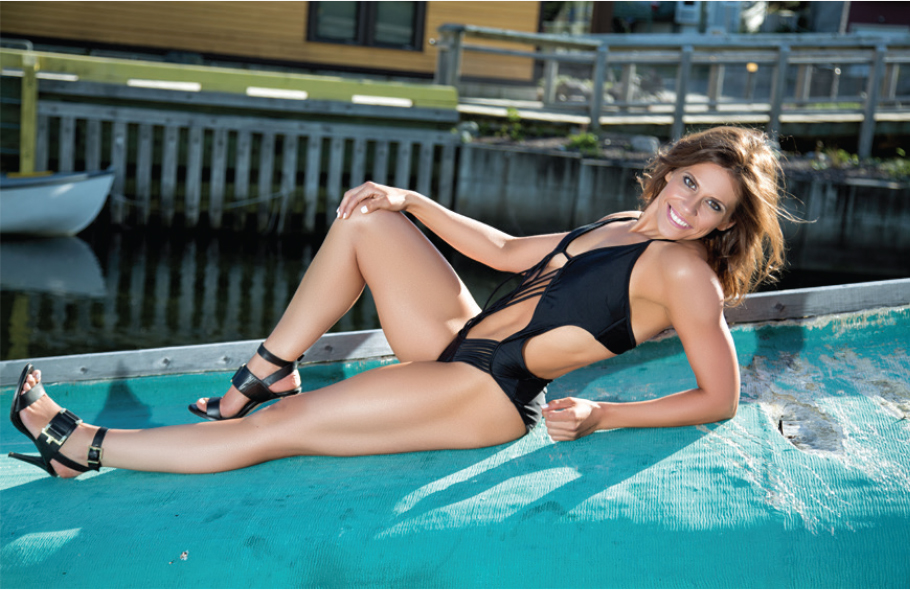 In June 2014, Dianne was at her heaviest weight. She’d just had her second child and was carrying about 200 pounds on her 5’2” frame. In September of that year, she joined a 60-day challenge with Sis.

ters in Shape to try to lose some of her baby weight. What she found was more than a fitness regimen — it was a network of empowering women from around the world. These women inspired Dianne to push through the initial difficulty of starting her fitness journey. She lost 20 pounds during the two-month challenge and she found a trainer to work with after the challenge ended. 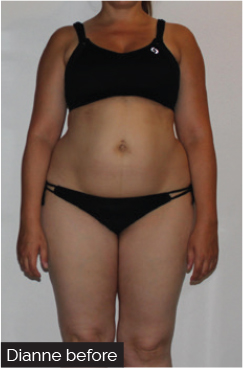 Dianne had never wanted to compete. She remembers that she would have been happy to work out a few days a week and fit back into her work clothes. However, she started to find that taking care of herself physically was helping her deal with emotional challenges. “As I started to build physical strength, my emotional strength grew as well,” Dianne recalls. She started to feel more empowered and she decided to showcase her strength — both emotional and physical — in a fitness competition. For Dianne, the most important part of competing was showing herself that she was strong.

No one’s fitness journey goes entirely smoothly, and Dianne’s was no
different. At times, difficulties in her personal life made her feel paralyzed with anxiety and unable to work out. During these difficult times, Dianne  relied on her trainer for motivation. Her trainer advised her not to let a messy personal life take away the one thing that Dianne did for herself. “Do not turn your back on the very thing that helped you get through those rough times,” her trainer said. This advice helped her get back to the gym and remember her “why” — that she was training to take care of both her body and her mind.

At 10 months into her journey, Dianne weighed 127 pounds. Since then, she has stayed at about the same weight but has continued to build muscle. Her tools for success are keeping consistent with her diet and exercise, and surrounding herself with courageous, inspiring women. She feels like her love of fitness has helped her recapture the strong spirit that she had when she was young. At the age of 40, Dianne can say that the strong-willed girl she was has now grown into a strong-bodied and strong-minded woman..