That’s what helped Brandy Wolowidnyk lose more than half her body weight, take the fitness stage, and become a role model for her son. Now she’s opening up about personal adversity and how to overcome it.

At 37, Brandy Wolowidnyk had a great job in Fort McMurray, Alta., and a partner she loved. When she became pregnant, she decided that the oil sands were not the ideal environment for her and her bun in the oven. It was then, after having sacrificed her career for her family, that her weight began to spiral out of control. She topped the scales at 285 pounds and spent the next five years enduring fad diets and fasting. Nothing worked for long, and her failures ate away at her confidence.

Unhappy in Her Skin 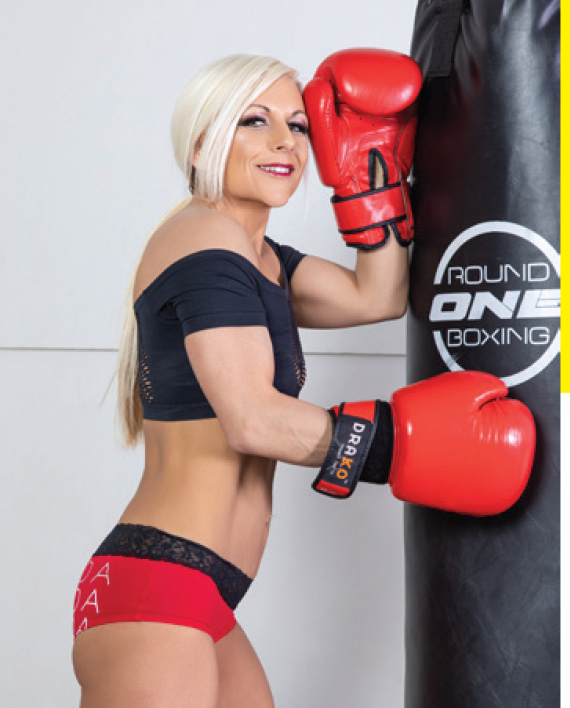 Brandy knew that she needed a lifestyle change, but her shaky confidence was holding her back. She used to wake up at 3 a.m. to go to the gym when no one else was around. When another person came in, she would pretend to finish her set and leave. She felt intimidated by people who could achieve their fitness goals. “Those people were so perfect,” she recalls. “They were everything I wanted to be.” Some of the diets Brandy tried led to weight loss, but she always gained it back. Meanwhile, her personal life had become complicated. She left her partner and decided to raise her son on her own. With the support of her parents and sister, Brandy became a single mom and started to rebuild her career. In doing so, she found her inner strength and realized that she was worthy of health and happiness. 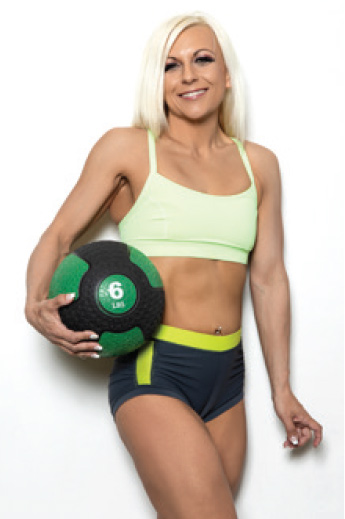 Free of her emotional burdens, Brandy worked to become stronger—both physically and mentally. She furthered her education, climbed the career ladder, and was able to provide more and more for her son. She also managed to lose weight along the way. Brandy’s work frequently kept her away from home, but her parents were able to help with childcare.

After Brandy’s father passed away under tragic circumstances, she was thrown into emotional turmoil once again. She started binge eating to cope with her stress, and she gained 20 pounds in less than two weeks. However, this setback didn’t make her give up on her fitness journey. Instead, it helped her identify stress eating as her most important trigger.

Brandy told an old friend that she had always wanted to be a pro wrestler like one of the WWE Divas. Her friend introduced her to a bodybuilding coach who helped her lose weight and inspired her to enter a fitness competition. She didn’t place, but she found herself energized by the new friends she had made and the 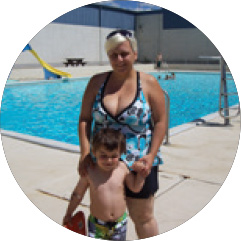 knowledge she had gained. Soon enough, she won the UFE 90-day challenge and placed third in a competition’s Glamour category. Under the stage lights, Brandy felt accomplished and accepted. She had come a long way from the woman who couldn’t bear to be seen at the gym.

Now, at 42, Brandy weighs 108 pounds and is in the best shape of her life. More importantly, her confidence is rock-solid, even when things go awry. “I want to be an inspiration to my son and a mentor for others,” she declares. “If you believe, you can achieve.”

MARGA NERGHIS AT A GLANCE

Buttered popcorn at the movies

Do yourself a favour; do it yourself! .

Changing with the Times