After turning 52, Colette Pereschitz is finally taking a much-deserved yearlong rest from the stage – but don’t think for a second that means she’s slowing down 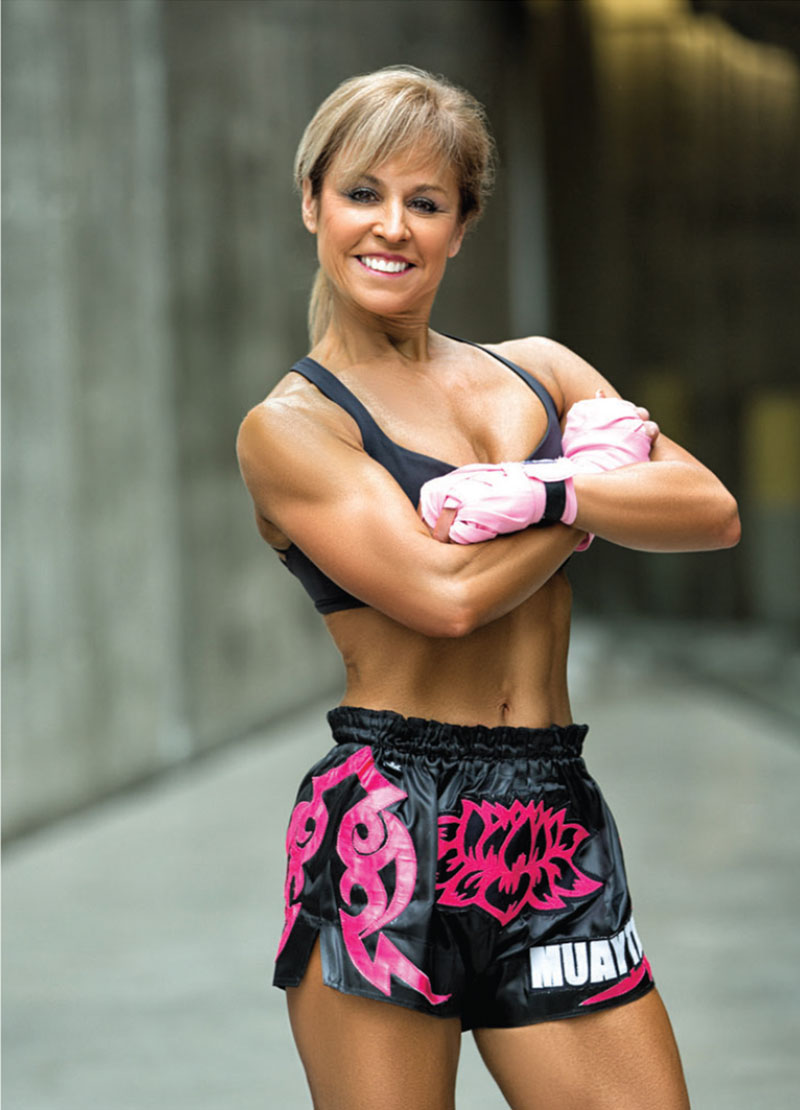 I credit my parents for sparking my interest in fitness and physical activity. As far back as I can remember, I was involved in a sport of some sort. I did softball in the summer, practised figure skating in the winter, and took swimming lessons all year long. I continued with team synchronized skating until I was 26 years old because it provided friendships and travel, in addition to exercise. It wasn’t until after university that I discovered how much I loved lifting weights.

Though I now teach a course called Foods and Fashion, I was a physical education teacher before my kids were born. I decided on this path when my father, whose health I watched decline due to smoking and a poor diet, would not listen to my nutrition and fitness advice. Since I had enjoyed teaching music in high school, I thought making a career out of teaching kids about healthy living would be a great fit.

After I had my children, I became a stay-at-home mom, and during this time I discovered kickboxing and Muay Thai. I fell in love with the empowered feeling they gave me – I felt mentally and physically great after a class. It truly was the best form of exercise that I had ever tried.

MOVING TO THE GYM

Fourteen years later, after the studio I frequented closed, I decided to set a goal and try a physique competition. I was hooked after my first contest, and have since competed each spring for four years.

I think my diet has changed over time partially due to aging, but also because I now realize the importance of proper nutrition. For the most part, I like to adhere to an “everything in moderation” style of eating – even though I have a huge sweet tooth, my body feels better when I stay on-point.

WORDS TO LIVE BY

Fitness and exercise have always been high priorities for me; I am happier when they are part of my life. Exercise has helped me deal with depression, the loss of family members and friends, the stress of raising kids, and the general chaos of life. I truly believe in the importance of good health – taking care of yourself will transfer benefits to all other areas of your life