CHALLENGE YOURSELF IN THIS HARDCORE 40-MINUTE FAT-BLAST GYM WORKOUT.

Also, EPOC (exercise post oxygen consumption) refers to the rise in metabolism (the rate that calories are burned) after an exercise session ends. The increased metabolism is linked to increased oxygen intake, which is required to assist the body in returning to its pre-exercise state. Therefore, you will be burning more calories after you have completed your workout for the next 24 to 48 hours.

Executing this program in a tri-set circuit fashion with minimal rest between exercises allows for a high increase in heart rate. The order of exercises is planned in a way to target larger muscle groups first and smaller muscle groups later in the program. This program can also be performed as one giant circuit repeated three times from beginning to end. 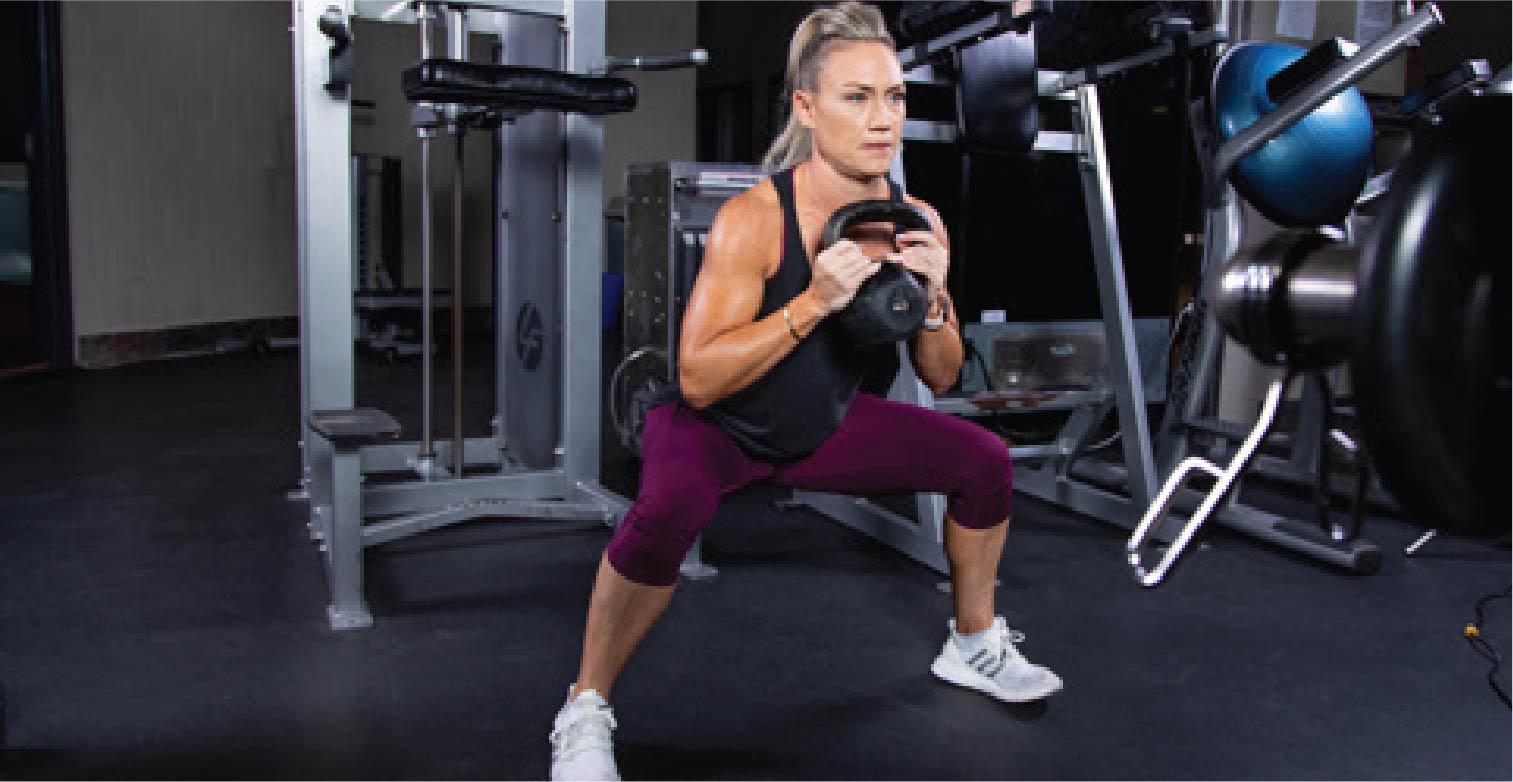 Sumo squats target the lower body and focus on glute recruitment as well as targeting the hamstrings and quads. Squatting requires maximum effort and therefore increases the heart rate and fat-burn potential. 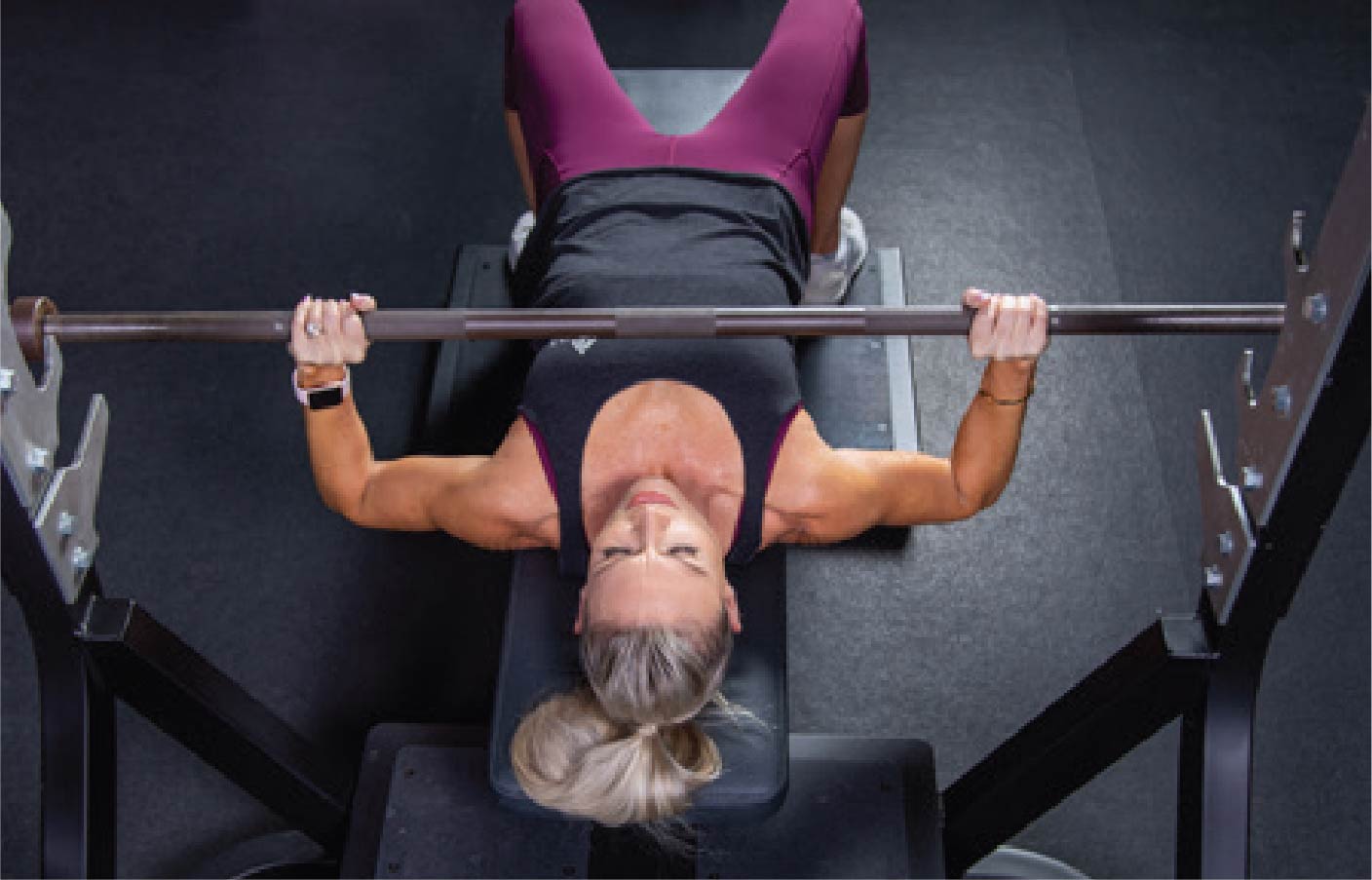 THREE SETS FOR AS MANY REPS AS POSSIBLE

Wide pull-ups are a very effective upper-body exercise with emphasis on the latissmus Dorsi (lats). Being the largest muscle in the upper body, building your lats increases muscle development and the ability to burn more calories. 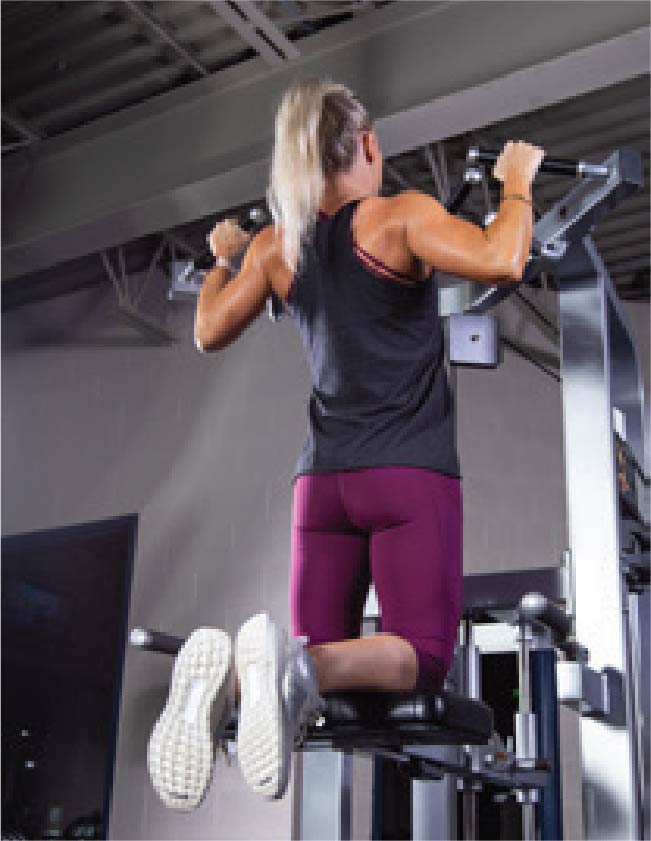 THREE SETS OF SIX REPS (WITH A TWO-SECOND PAUSE)

The bench press is the staple exercise for building muscle mass and strength in the chest. The primary muscles that are worked in a bench press are the triceps brachii and pectoralis major. Repeat this circuit three times.

The angle at the hip joint for the high-incline leg press allows for greater glute engagement. Add in a booty band placed just above your knees and you maximize your glute growth. 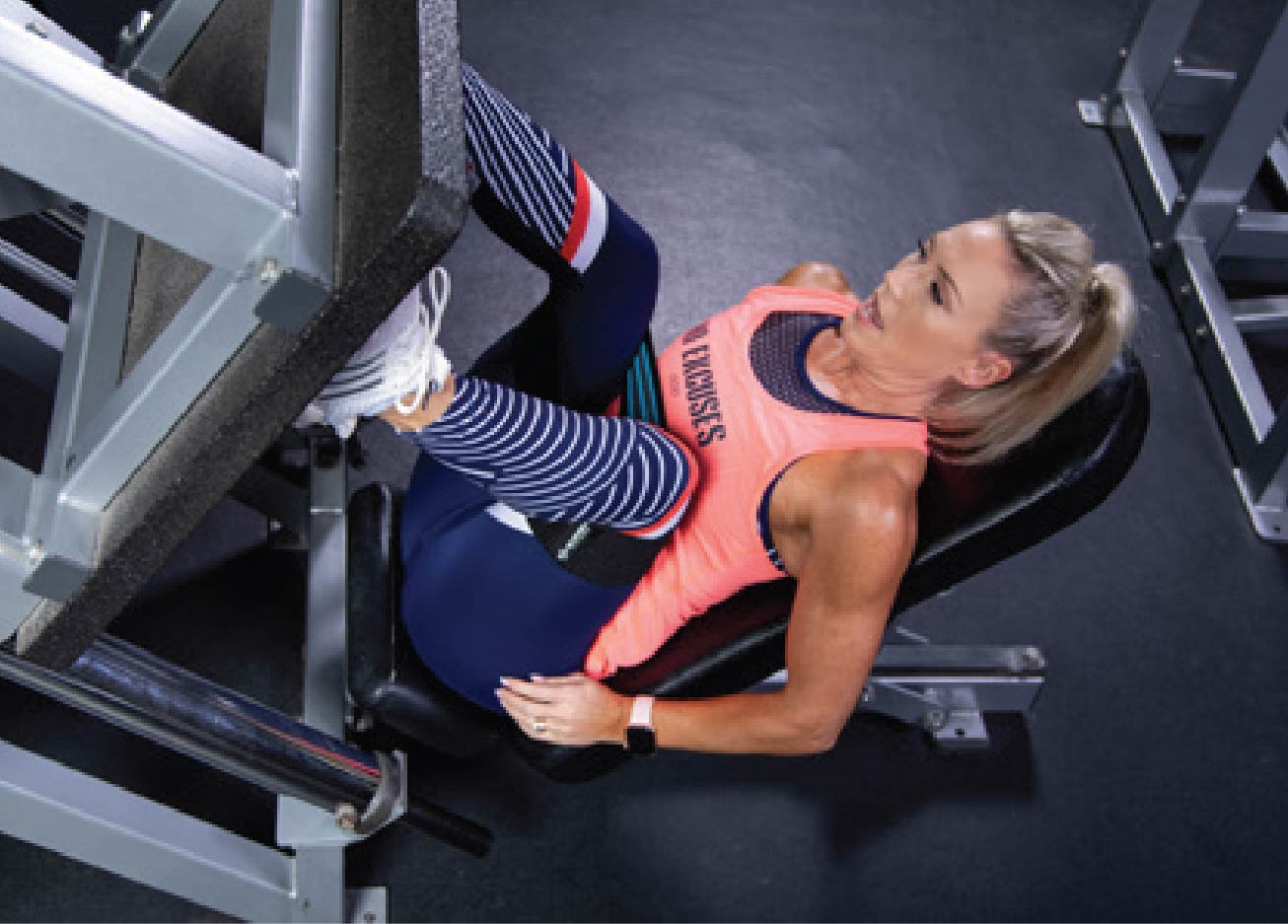 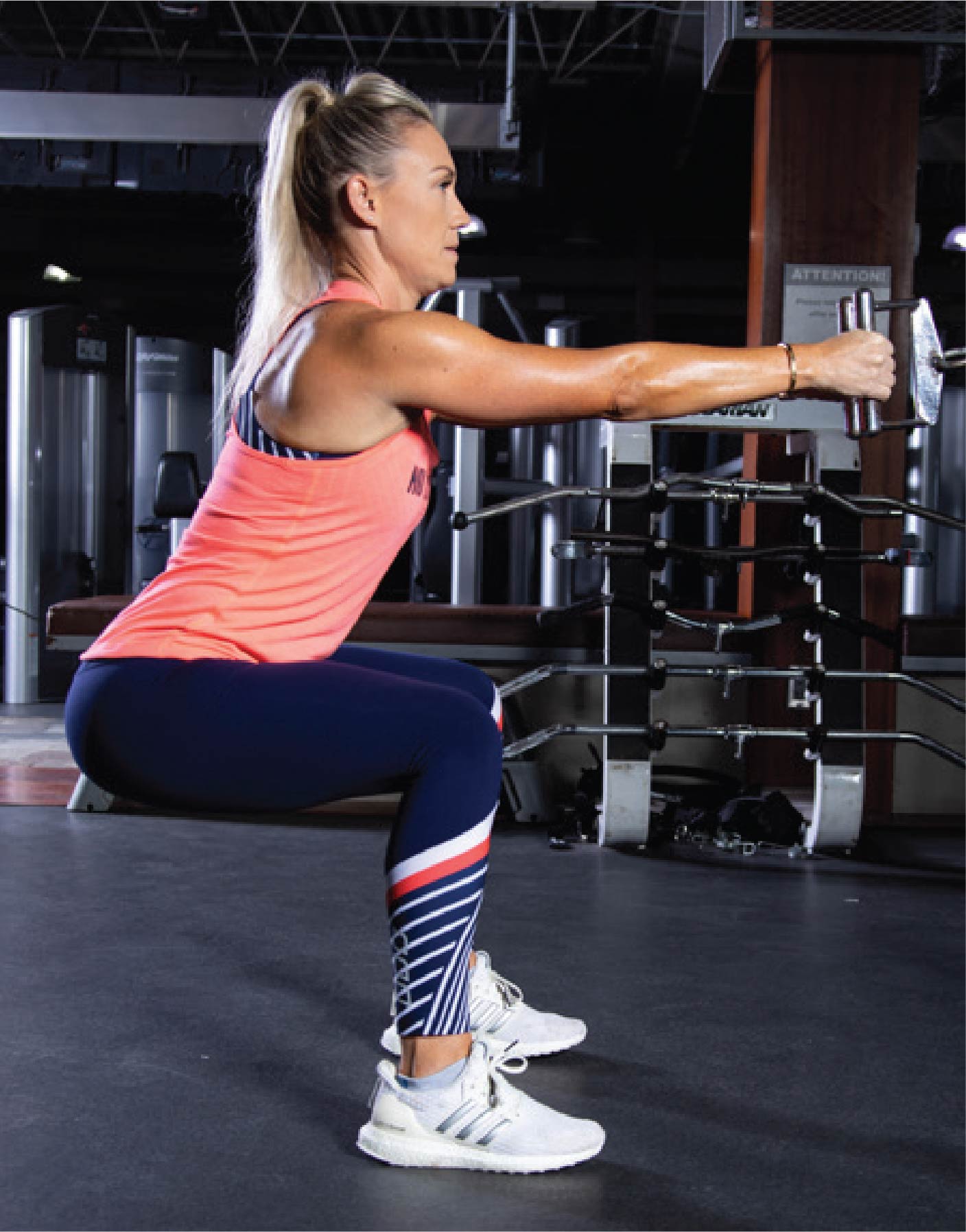 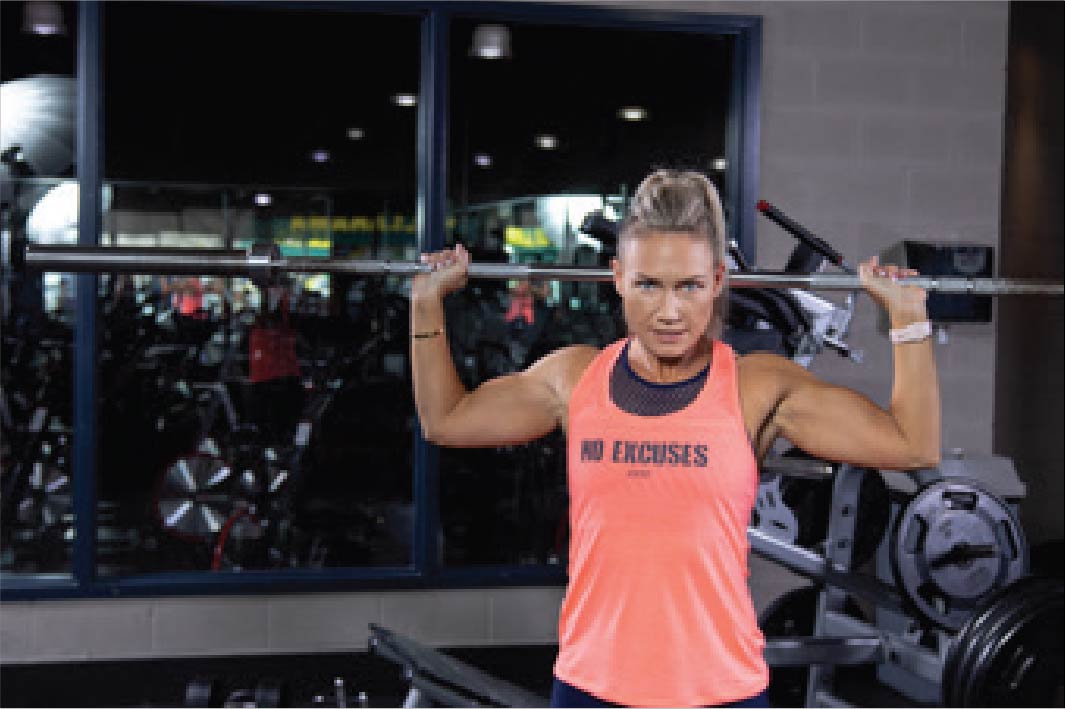 The high-rep range and constant tension on the deltoids of the Bradford press make this a great shoulder exercise (if you have the mobility). Starting with the barbell in front, press it just high enough to clear your head and get that major pump by the end of your final reps. Repeat this circuit three times. 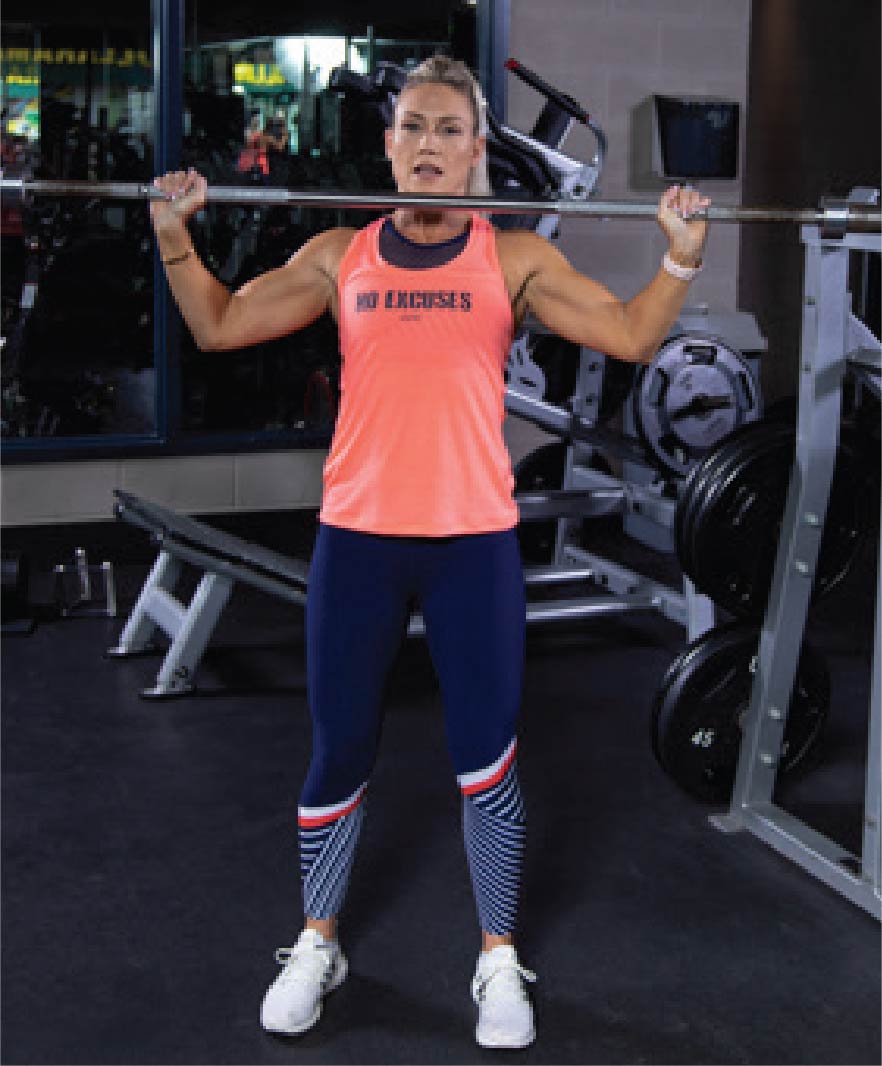 A walking lunge targets the muscles of the glutes, hamstrings, quadriceps, and core. Adding the upper-body movement of biceps curls increases the heart rate further and, in turn, burns more energy.

Dips are used to strengthen the triceps at the back of the upper arms as well as the anterior deltoid of the shoulders and the upper pectoralis muscles of the chest. 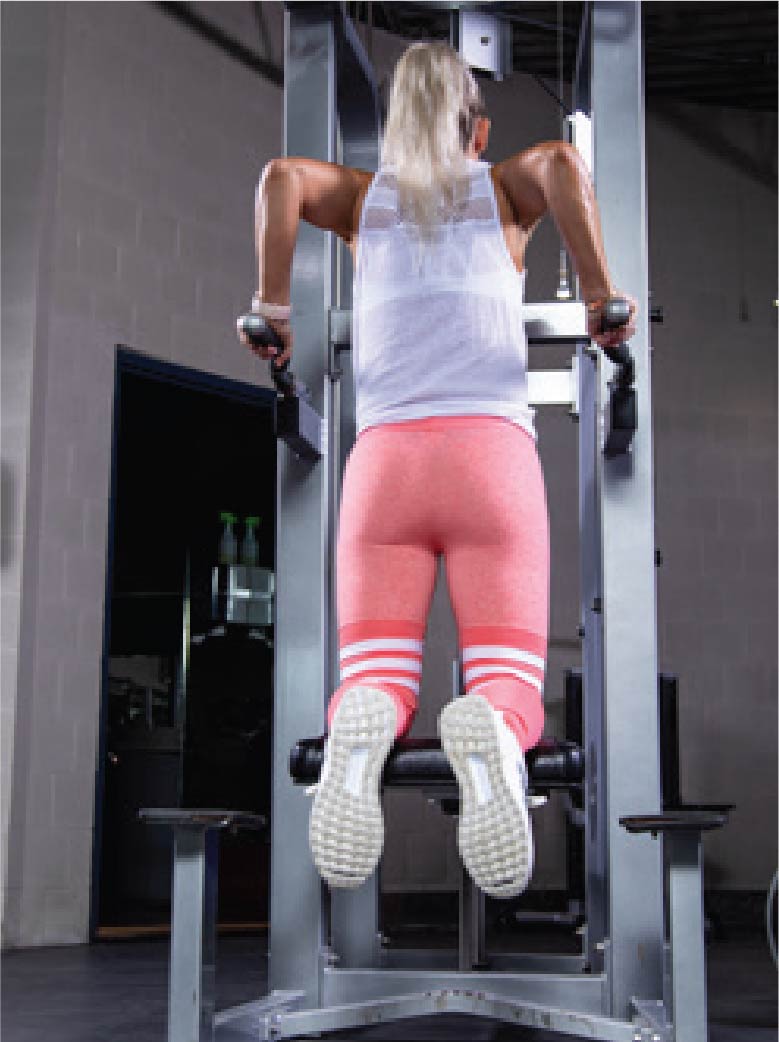 THREE SETS FOR AS MANY REPS AS POSSIBLE

A weighted reverse crunch works the entire abdominal region with extra emphasis on the lower region. In addition, the obliques and the transverse abdominals are secondary muscles that are also targeted. Repeat this circuit three times. 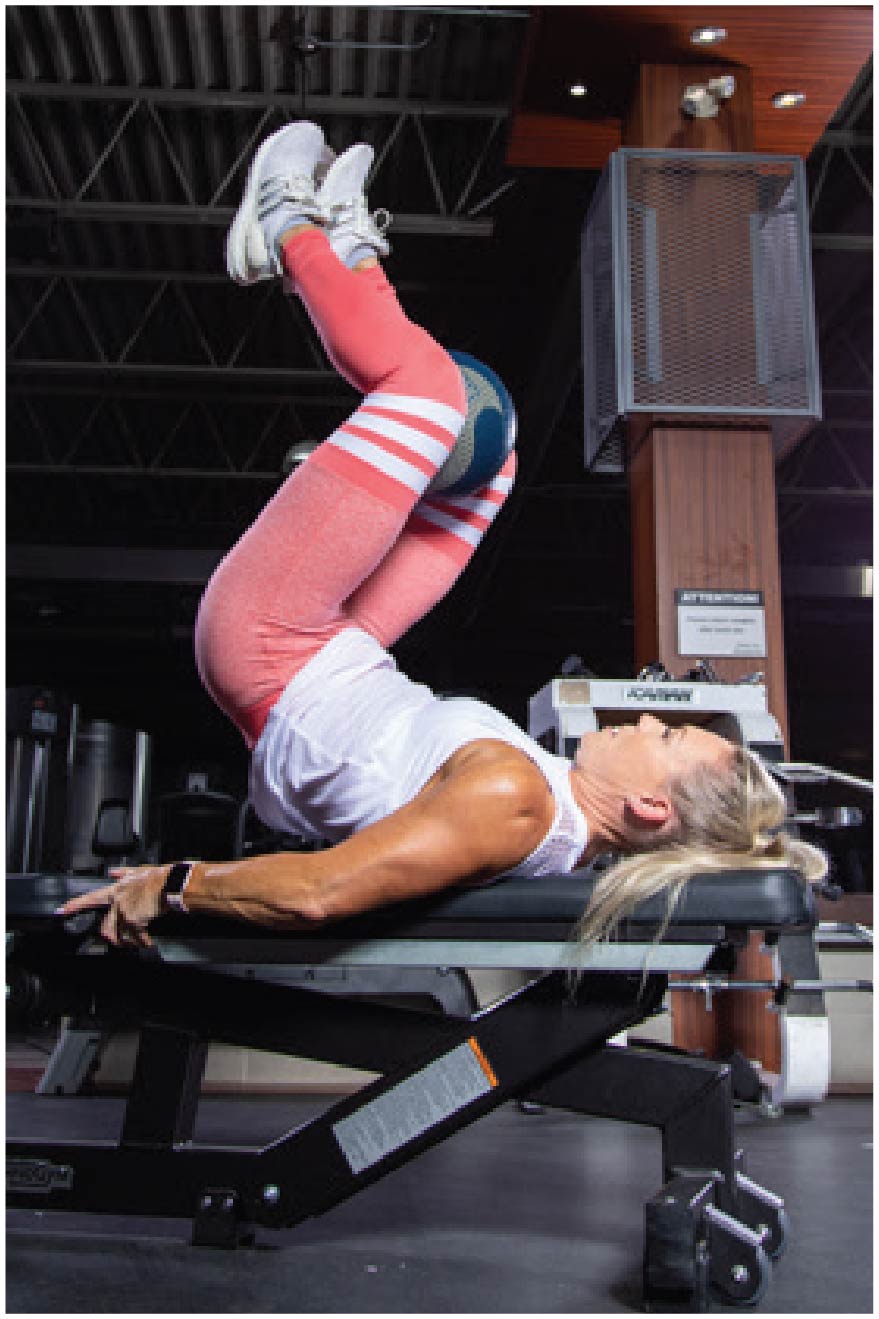 The bridge engages the glutes, hamstrings, core, lower back, abdominals, obliques, and hip flexors. Adding a band just above the knee and abducting the knees focuses on the gluteus medius, gluteus minimus, and tensor fasciae latae (TFL).

TWO SETS FOR AS MANY REPS AS POSSIBLE

A weighted abdominal crunch (as in the machine crunch) works the rectus abdominis. Exhausting the abdominals at the end of your workout is preferred to doing them at the beginning as core and abdominal strength are required during the heavier lifts.

Do these two exercises as a superset of two and repeat two times.. 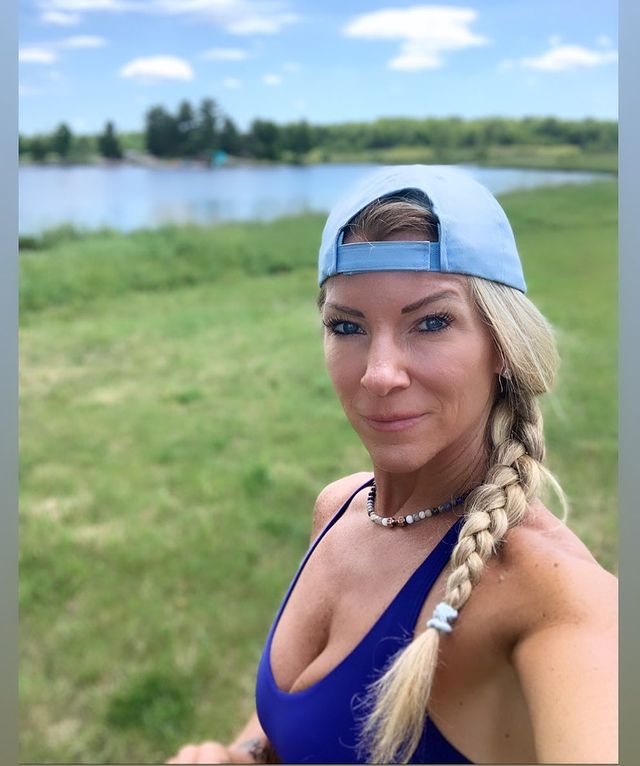 Get In the Loop