“I snorkel every morning as my workout,” said my guide in Cozumel. And my mind was blown. Having lived in Canada my entire life, where snorkeling is something reserved for vacations, it had never occurred to me that one could do this novel (to me) activity as a way to keep in shape.

But why wouldn’t you take advantage of the sea and the beautiful world in it as part of your active lifestyle when living in a Caribbean paradise? With more than 10 years of steady travel under my belt now, I try to take note of the locals’ healthy habits and look to how to take inspiration from their routines and incorporate them into mine back in Toronto. 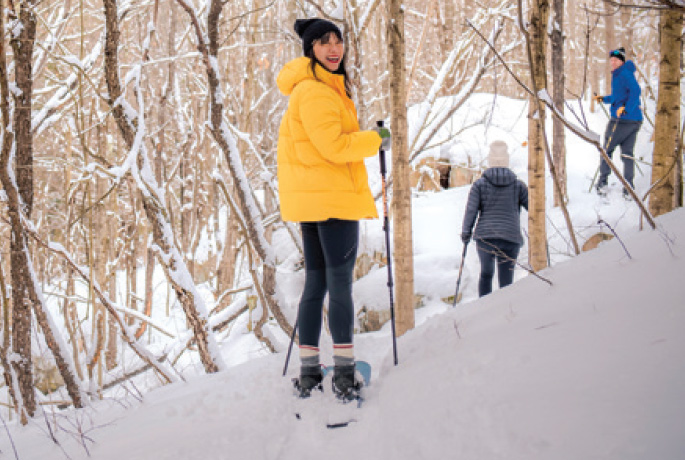 MAKE YOUR COMMUTE YOUR WORKOUT

In the fittest city in America, Arlington, Virginia, you’ll find more than 8,000 bike paths and trails. They’re heavily used (primarily by what locals refer to as MAMILS; that is, middle-aged men in latex) as they zip to and from work. On evenings and weekends, you will encounter more families, along with tourists, taking advantage of the Capital Bikeshare. Some cities are, of course, more bike-friendly than others, but I’ve discovered that with a little effort, I was able to find routes in Toronto that have allowed me to bike to most places within about a 10-kilometer radius of the downtown core.

I’m the first to confess that I find cold Canadian winters hard to endure. But friends in British Columbia and Colorado posting themselves enjoying winter by skiing and snowboarding forces me to seek out ways to make the most of the season rather than just hibernating. Do a little research and you may be surprised at the options available in your city. After living in Toronto for more than 10 years, I only now discovered there’s a small ski hill right in the city. Add in lots of ice-skating rinks and tobogganing hills at local parks, and winter can become a fun fitness wonderland. 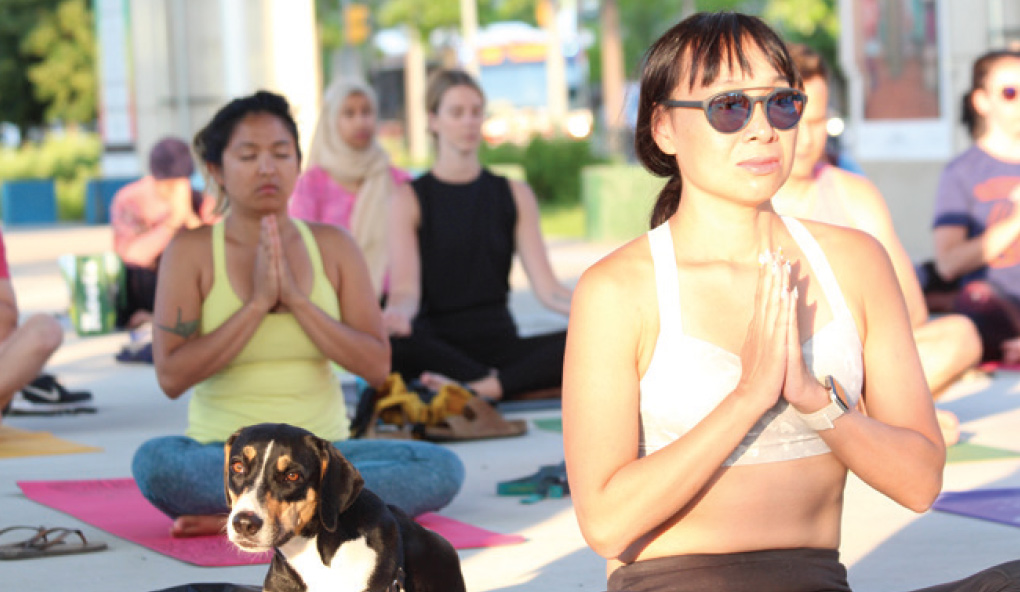 After years of doing what seemed like endless sun salutations, I was bored and unmotivated when it came to practicing yoga. Then I found myself doing yoga on the sand with the salty ocean air cooling us in Huntington Beach and it was reinvigorating. In Arlington, I did a boxing fitness class with BASH in an open public space outside of the mall in Rosslyn. At the Hotel del Coronado in San Diego, instead of spinning inside a studio (because let’s face it, most spin studios can be easily swapped with any other spin studio), the gym brough the bikes outside to face the beach and you spin with a set of headphones on. Simply changing the environment can help you fall back in love with a workout. While there isn’t an ocean in my city to enjoy, I found pop-up yoga classes in city parks, by Lake Ontario, and even occasionally ones in the downtown core on city streets during the summer, and I’ve done spinning in a scenic plaza at a chic uptown open-air mall. 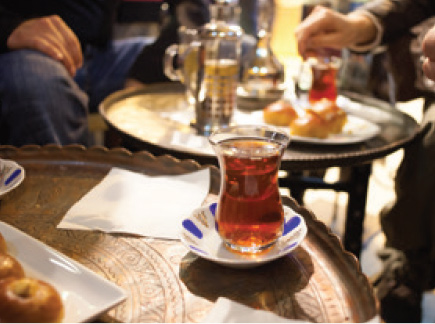 Take time for tea and friends

Catching up with friends in real life over tea instead of just over social media? In Istanbul, at any time of day, you’ll find Turkish locals enjoying a cup of tea with friends. Coming from a city like Toronto, where the pace can be frenetic and go-go-go, and coffee shops are filled with people tapping away on their laptops rather than conversing with friends, I was intrigued with (and envious of) their relaxed approach. Plus, of course, there are the health benefits of black tea; research has shown it is good for heart health, and the flavonoids in it help with cholesterol levels.

When undertaking a significant physical challenge such as a triathlon or marathon, besides the glory and sense of accomplishment of crossing that finish line, having a reward for yourself can make the achievement that much sweeter. And while there are additional challenges that come into play when undertaking a destination event, travel (and vacation) is so satisfying to wanderlusters that I’ve found it makes me extra motivated when it comes to training. Plus, when it comes to marathons, the race itself becomes its own unique reward; in Detroit for example, I had the opportunity to not only run across the Ambassador Bridge at sunrise but also crossed the border into Canada and back into the US. In the Istanbul Marathon, runners get to take part in the world’s only transcontinental marathon—the race begins on the Asian side of Istanbul and takes you across the Bosphorus Bridge into Europe... 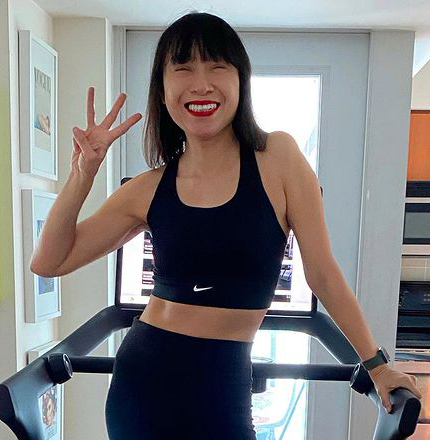