All I wanted was to feel sexy and confident again. I didn’t realize getting breast implants would cause me years of pain. 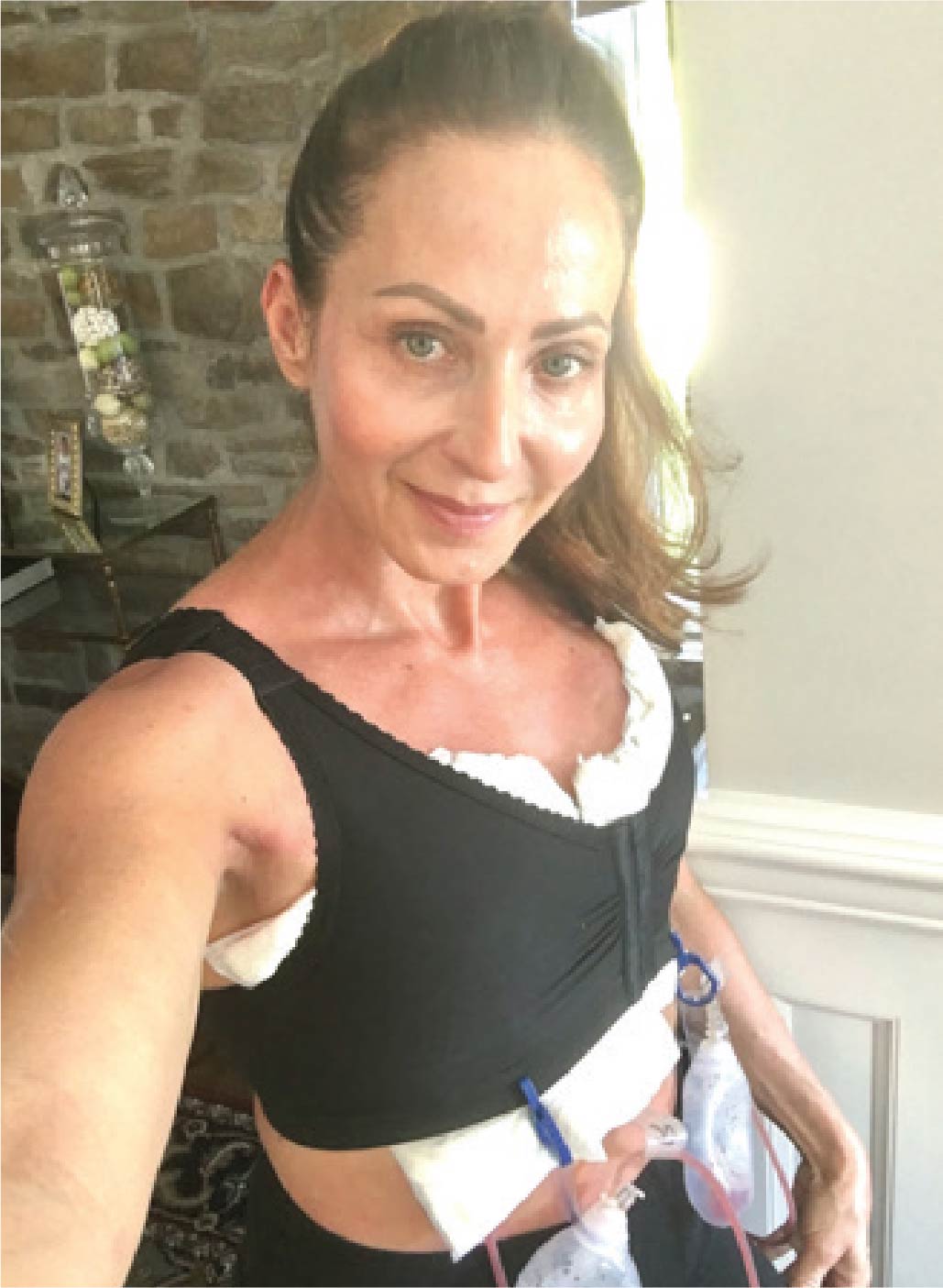 In 2010, just 15 months after giving birth to my second son, I made the decision to get silicone breast implants. My decision to get implants was very personal. It really had nothing to do with wanting a “fitness girl image” or what anyone else thought. I simply wanted to feel sexy in my own skin. To backtrack a little, in the late 90s I was heavily involved in competing in the Canadian women’s fitness circuit. In October 2000 I gave birth to my eldest son and soon thereafter I became a sponsored adventure racer (which means I was a multi-sport athlete for many years). My body was exposed to an incredible amount of exercise volume since I was on the race circuit while also still trying to maintain a lean physique for fitness-related shows and work. Despite my athleticism and how strong my body felt, after nursing two children, having extreme fluctuations in body fat—from seven to 20 percent—and pregnancy weight, my breasts became deflated, loose, and asymmetrical. I felt frustrated having to stuff my competition bikinis with shoulder pads and I fought with feelings of insecurity and having to cover up because I felt embarrassed about how my breasts looked. When I decided to get implants, I felt it was important to have a female plastic surgeon, so I consulted with Dr. Julie Khanna, MD, FRCS, of ICLS in Oakville, Ont. I had very specific stipulations about the im-plants I wanted. If I was going to have breast augmentation, I wanted them to be obvious! The look I was seeking was round, hard, high, and fake! With that look in mind, I decided to go with Allergan’s textured/rough/round-shaped silicone implants sub-muscle. 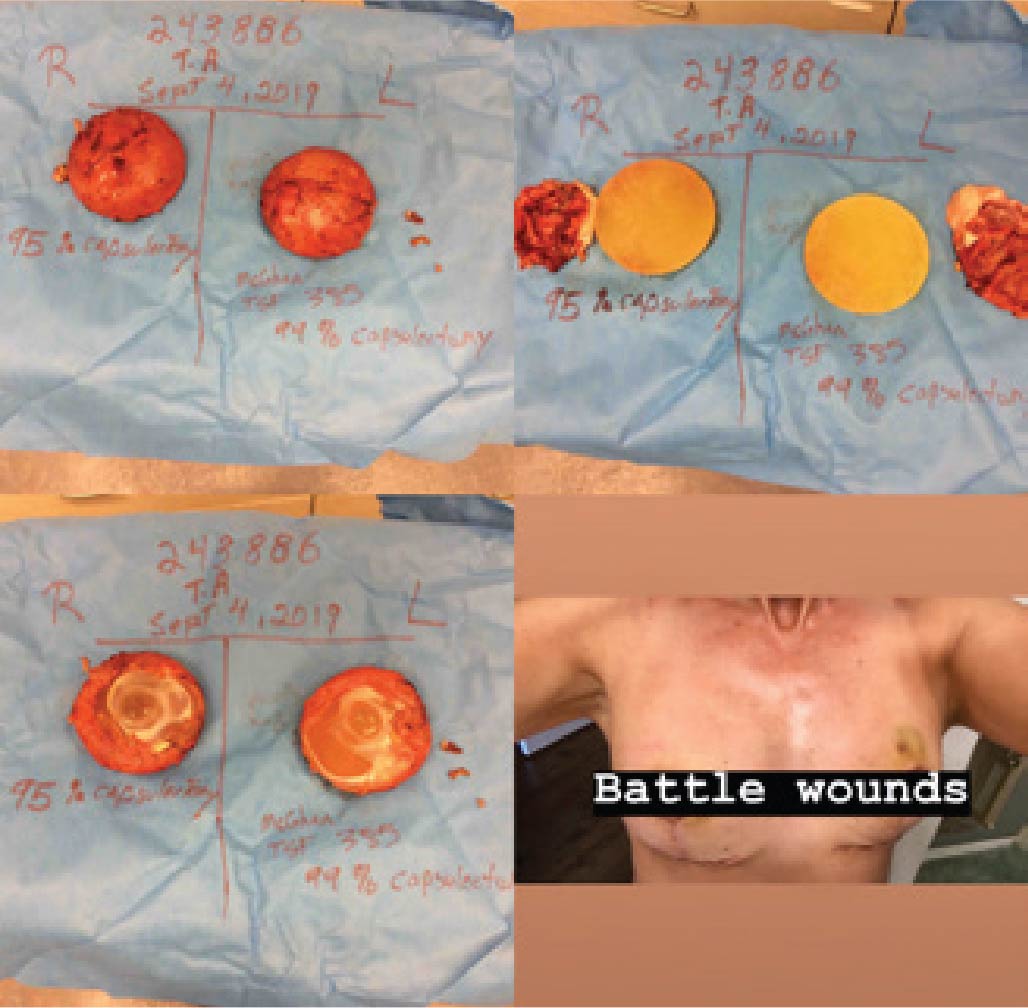 Dr. Khanna did a beautiful job with the augmentation. However, from the onset, I had a terrible recovery, with my left breast in particular. I had an unusual amount of pain, inflammation, nerve issues, and hard mass. My recovery was unusually long, over eight weeks. The problems never got better. Three months after the augmentation, my left breast still didn’t feel“right.” But that wasn’t the only concern; I became very ill with pneumonia-like symptoms and I developed bacterial and viral infections. I was administered five rounds of different antibiotics and remained sick for two months. Doctors were at a loss and didn’t know what was wrong. During this period, I began experiencing some strange, concerning symptoms including aggressive pain and tingling on the left side of my face, my left eye, and the muscles in my neck and traps. Also, I had a lump on the left side of my new implants. My first thoughts weren’t breasted implant illness (BII).In fact, it never crossed my mind that my body may be rejecting my silicone implants. I thought I had nerve damage in my cervical/trap area from an old sports injury. I assumed the injury was aggravated by the nerve bundle during surgery on the left side of my breast creating pseudo neurological and optical symptoms. I had no idea that I was having a man-made autoimmune response to my implants! Terrified by it all, I started a series of medical tests: MRIs, scans, breast ultrasounds, eye exams, blood screening, optical nerve scans, neurological testing, X-rays, muscle testing, and evoked potential tests, to name just a few. 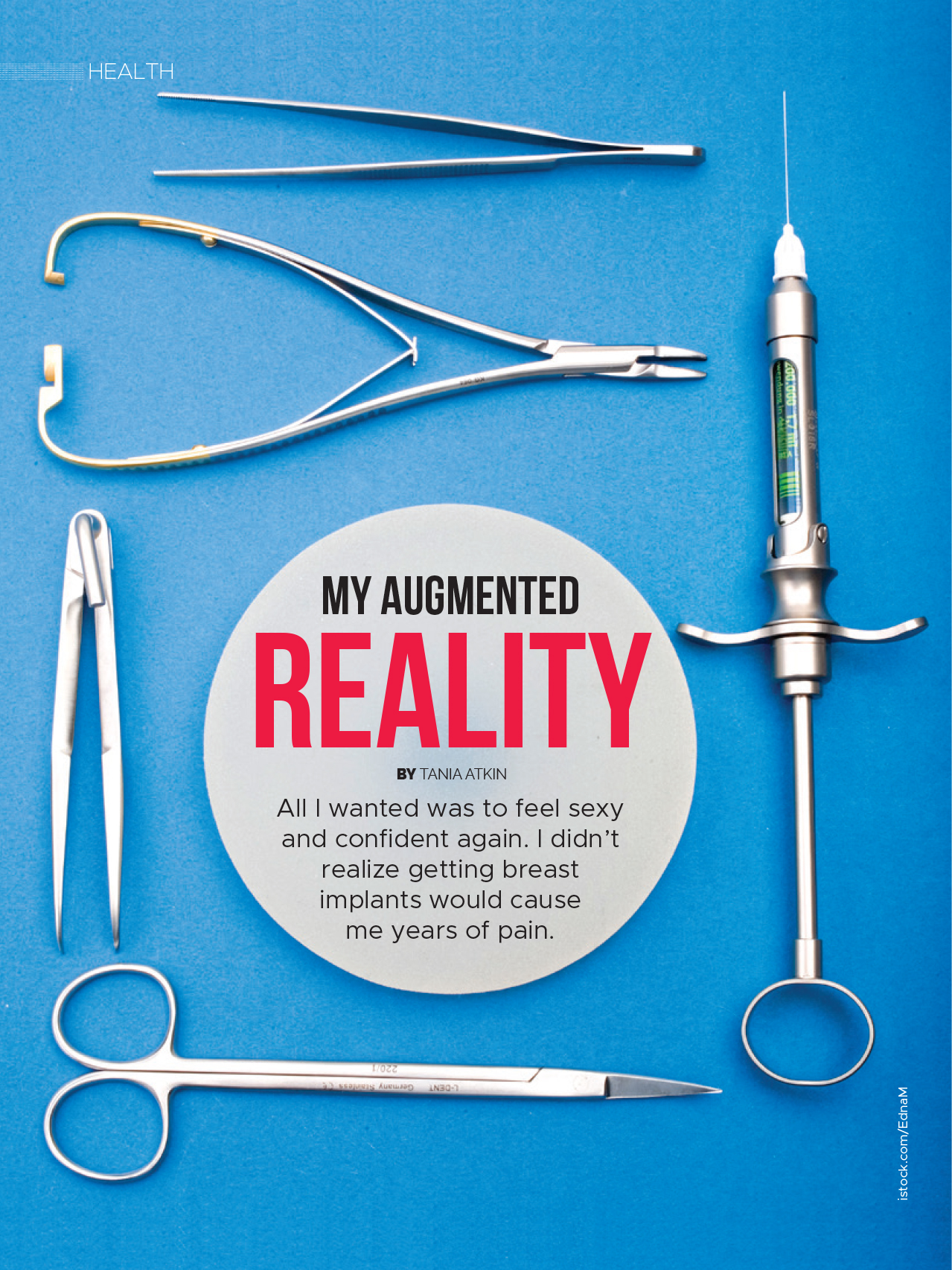 My main concern at that point was being misdiagnosed with multiple sclerosis (MS), optical neuritis, trigeminal neuralgia, or cancer. At one point, in fact, a prominent sports doctor suggested without evidence or neurological findings that I had MS.So, not only was I unwell, but I was so stressed out, imagining the rest of my life having a debilitating autoimmune disease like MS and picturing myself in a wheelchair while my two sons were growing up in front of my eyes. Soon after, another doctor told me that I would never be able to work out or compete again and that I had to stop working to avoid stress. My life was a mess. Intuitively, I knew my body. So I put myself on a mitochondrial diet and used my tenacity, persistence, and education to navigate the medical system to consult with every possible practitioner, functional doctor, medical specialist, and hospital. Years later, I received confirmation from a test done at McMaster UniversityHospital that I did not have, cancer, or anything else.I was as healthy as I could possibly be. Even though I was healthy, I was still very frustrated because I continued to have pain in my neck, face, and eyes and inflammation was attacking my optical nerve, leaving me unable to move my eye up or down or see very well. My left eye would become bloodshot for weeks and sometimes months. I was dizzy. I felt nauseous. I had migraines all the time and the pain in my neck and the inflammation in my left breast was unbear-able. These episodes would happen with the onset of stress, too much training, or just because it was time for my body to have an autoimmune response. These symptoms left impaired and diminished quality of life. I recall one episode in particular: I was prepping for the 2017WBFF Worlds Women’sFitness title and I had an undiagnosed rash; I had hives all over my torso that lasted for six weeks. In fact, I had remnants of the hives onstage across my abs (thank goodness for a spray tan!). Again, a slew of mysterious symptoms with no medical cause or solution.

Finally, after nine years, doctors figured out what was causing my symptoms. April 2019, Health Canada announced that due to the significantly higher rate of breast implant-associated anaplastic large cell lymphoma cancer in patients with micro-textured breast implants compared to other implants, they’d suspended the licenses for Allergan’s Biocell breast implants and that Allerganwas voluntarily recalling unused Biocell devices from the Canadian market. Once I was made aware of the recall and researchedBII, I decided immediately to explant. I felt that the was the only option left to reclaim my life once and for all. Doctors confirmed, in my case, that all the evidence pointed to BII and the debilitating adverse medical effects of my Allergan RoughTextured Implants. Fortunately, I am one of the lucky ones. I tested negative for im-plant-associated anaplastic large cell lymphoma cancer(BIA-ALCL) in Canada, unlike the other 31 cases. 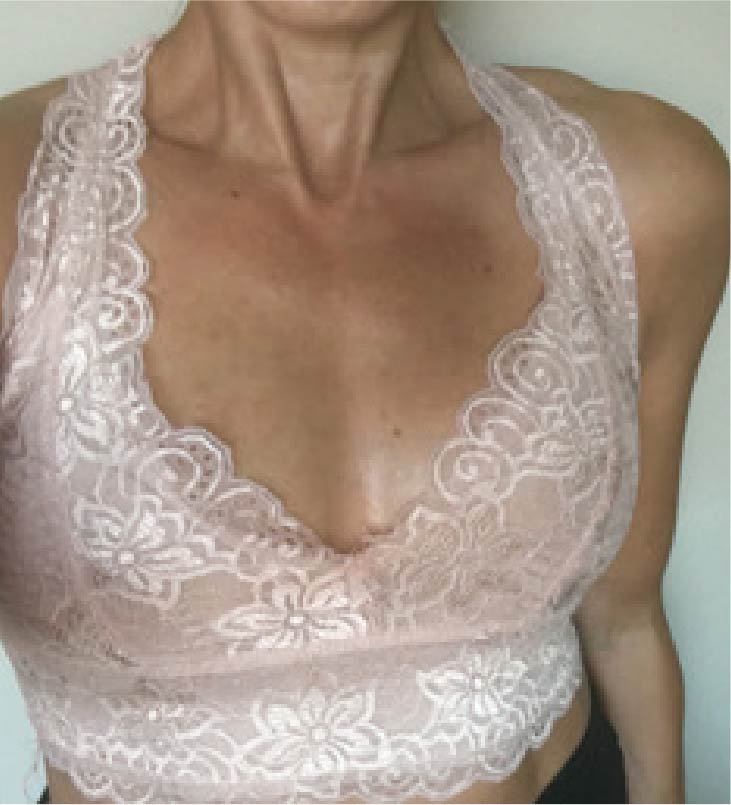 In August of this year, I prepared my mind and body for the explant/total capsulectomy/reshape surgery scheduled for September. A total capsulectomy is a necessary procedure in breast implant removal in asymptomatic patients. Why? Because, according to a video I found online when researching big, the capsule contains plant-derived chemicals, toxins, pathologies, and clues to the patient’s symptomology; meaning, what the patient has been experiencing physically. In short, the patient will not get well if any percentage of the capsule is left in the body. Fortunately, Dr. Khanna was able to dissect 99 percent of the capsule and cauterized the remaining 1 percent, for a 100 percent removal rate. If you are considering explant surgery, I’d recommend ensuring that your surgeon is qualified to do a total capsulectomy procedure and that they photograph the dissection and send it to a lab for testing. Today, I have defied the odds, I am naturally me again and so far, symptom-free. The scars that I’m left with are my reminder that my experience is here to help other women. Now that I have come full circle, I am doing patient advocacy and support forces, to reassure women that the explant procedure is both safe and liberating with the proper mindset,pre-operative routines, and recovery protocol. Luckily for me, my explant surgery was straightforward; I had no complications with little pain. The reshape portions of the surgery left me with athletic-looking breasts, which are too imperfectly perfect. As I write this, six weeks post-op, my body continues to heal, my hormones shift and my health is flourishing—I joke with my husband that I feel as though I am reverse aging!

The symptoms of BreastIllness Disease

Breast illness disease (BII)presents with many symptoms. Over the span of nine years, I experienced: 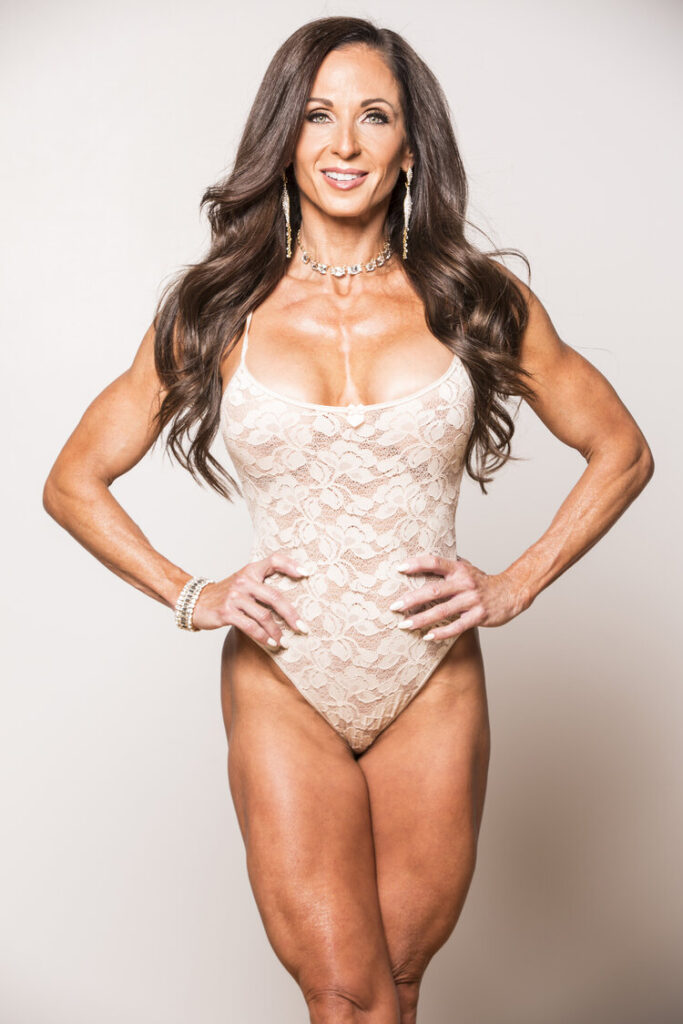