She began her pursuit of fitness success just before turning 40. Now Joanna Campbell has her eyes on her biggest goal yet.

I have always been active and relatively healthy. Being raised on a farm gave me a variety of fresh meats and vegetables at my disposal. However, there was always a large amount of sweets and baked goods around, as my mom had quite a sweet tooth (and still does!).

In my adult years, I went to the gym, ran, and liked being active. I moved to the “big city” with my husband-to-be and settled in; being that far away from home and in a new and intimidating environment was frightening. Even so, we stayed, and over the years we welcomed two amazing girls. Twenty years later, we’re still loving life.

Back in 2012, I embarked on a journey with my trainer, Christine McLeod of Tri Fit Training in Airdrie, Alberta, when she suggested I make a goal of a fitness competition at the end of my program. I had been told in my twenties to give it a try but at the time I was not willing to change my lifestyle. That day, I decided I was ready.

I worked with her every week for 16 weeks to transform not only my body but my mind. I thought it would be a once-in-a-lifetime experience to try before I turned the big 4-0.

From 2012 to 2014, I competed in at least one competition per year, sometimes two or three. I placed in every competition and I loved meeting all the people backstage and learning about their journeys. 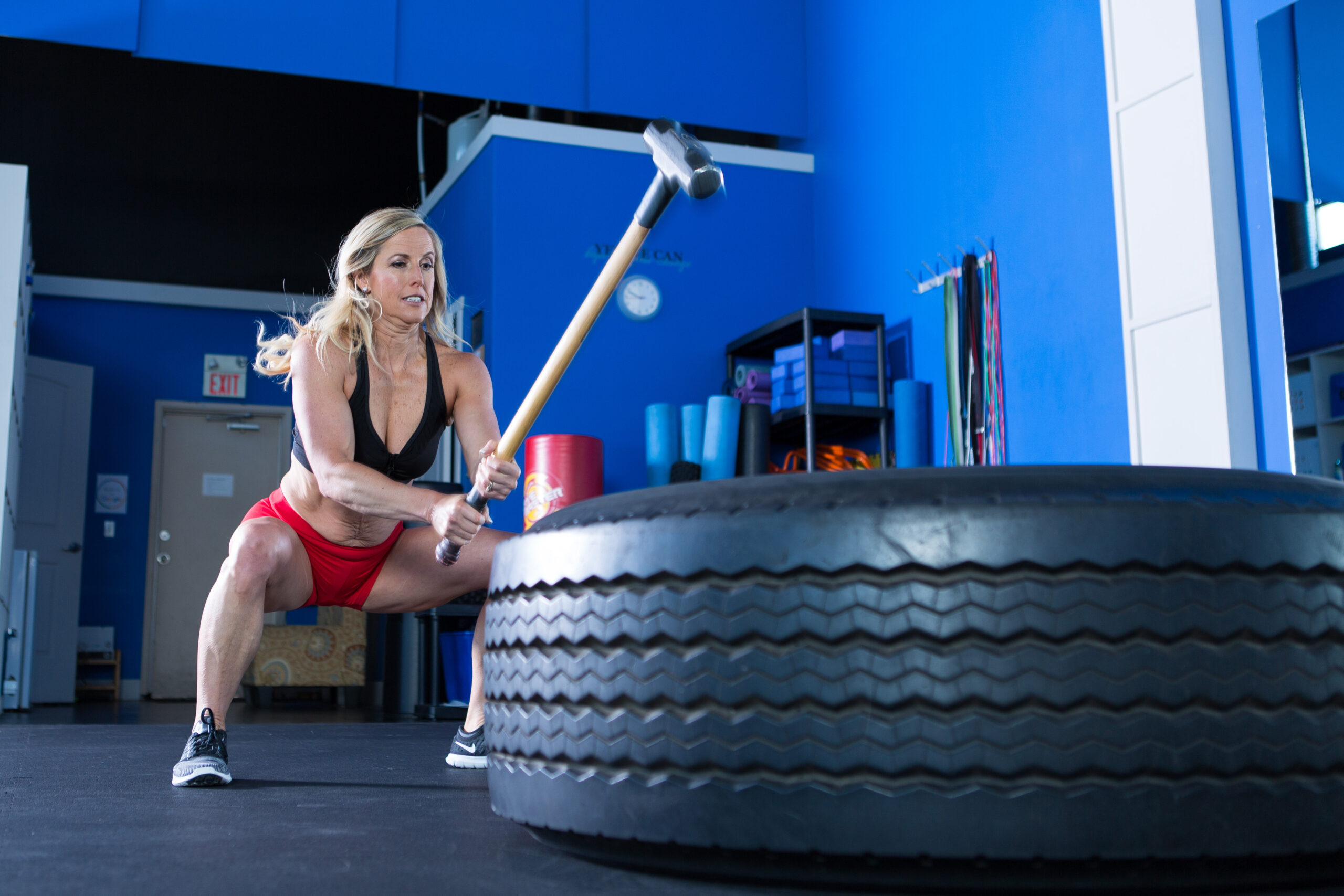 In 2015, I decided it was time to switch it up and really put myself out there by signing up for the fitness category — ABBA as my soundtrack. Yikes! I had never done any gymnastics or dance, and I had zero flexibility. I couldn’t possibly do this … or could I?

With the guidance of Tanis Tavaris, many dance teachers, and of course my trainer, I embarked on this crazy path. I went to gymnastics classes and signed up for ballet and hip hop, all the while continuing my training, working a full-time job, and taking care of my very busy family.

In February 2016, I stepped on stage in Calgary wearing my daughter’s dance costume and was terrified. I had practiced and practiced, but I was doubting myself the entire time backstage.

I had some minor costume issues, but I did it! Not only did I do it, I felt proud knowing that my family was out there watching me and cheering me on.

I began searching for my next goal. A different type of show? A strength competition? Olympic lifting? I was not sure what to do. 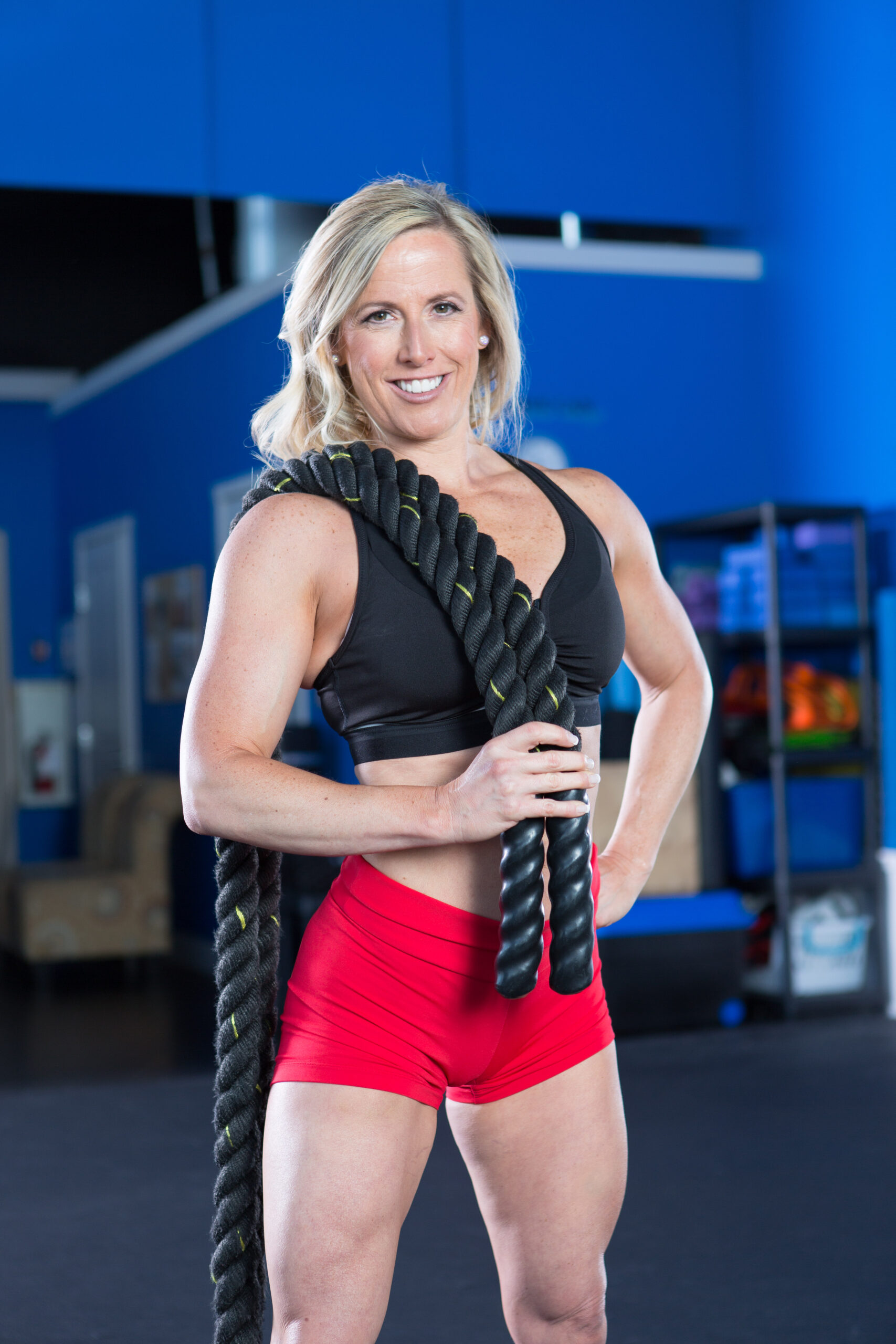 In October 2016, I was laid off from my career after working happily at the company for 20 years. This started me

on a different type of journey, one that I had not been on since I was twenty. My confidence was at an all-time

low and I was struggling with my goals, what to focus on, and where to go.

The Arnold was in the back of my mind, and I came to realize that I now had a load of time on my hands. I could practice harder, change my training to bring a different physique, and take my routine yet again to a different level.

When it came time to compete I boarded the plane alone so my husband could get everything at home organized. I was terrified, excited, and motivated all the same time. To meet athletes from all over the world was inspiring, and I was there as one of them. I could not believe it.

At the age of 44, when most competitors are talking about retiring from these shows, I feel like I am just starting on this journey. I had decided during peak week at the Arnold’s that it would be my last show. But now I’ve accepted it will not be simply that. This will just be a stepping stone to my next one – the Arnold Classic Europe! Can I do it? You bet I can; just you watch..