Whether she’s overcoming personal struggles or learning to live with a chronic illness, nothing can keep Stephanie Choquette out of the gym for long.

From Stalled to Stopped

Stephanie Choquette never had a problem making it to the gym, but eating well was another story. She confesses that she used food as therapy, and her poor diet led to weight gain and stalled progress. Her struggles escalated when she was diagnosed with multiple sclerosis (MS) shortly after her 40th birthday, which left her unable to work out. She would have to change the way she thought about food or risk losing everything she’d been working so hard toward. 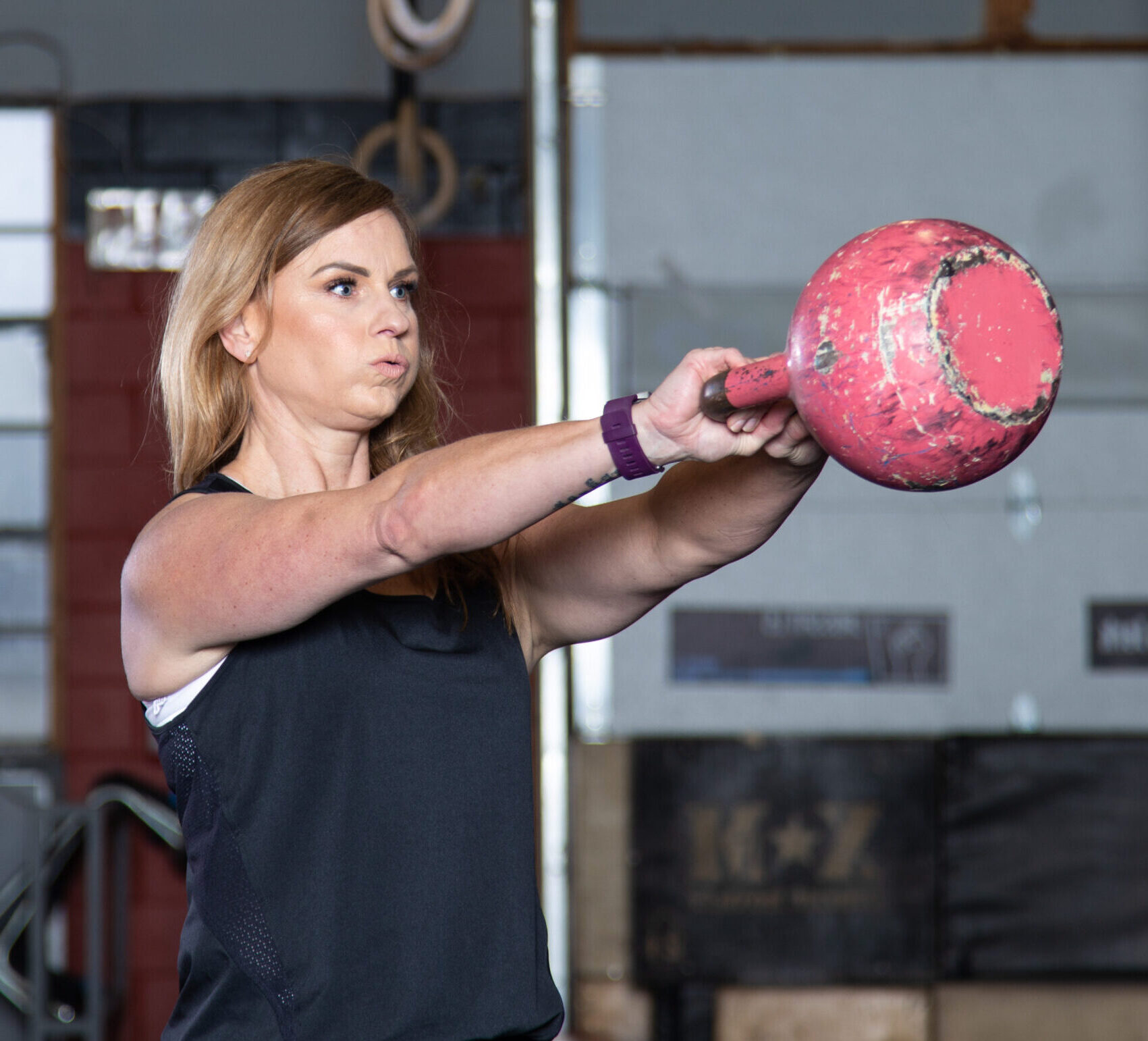 After being diagnosed with MS, Stephanie could no longer use exercise as a crutch—she had to re-evaluate her eating habits. “As the saying goes, you can’t ‘out-exercise a bad diet,” she affirms. “I was not consistently eating in a calorie deficit, or hitting my macros.” Stephanie didn’t feel comfortable in her skin, and she suffered from low energy that spilled over into all aspects of her life. Stephanie found balance by shifting the way she looked at nutrition. “The biggest change for me was redeveloping my relationship with food … using it as fuel and enjoying it, rather than using it as therapy,” she recalls. Tracking her macros is her best strategy for staying on-point, and she now appreciates just how important nutrition is. In fact, she believes that the ideal diet/exercise ratio is 80/20, or 90/10 during contest prep.

Back in the Game 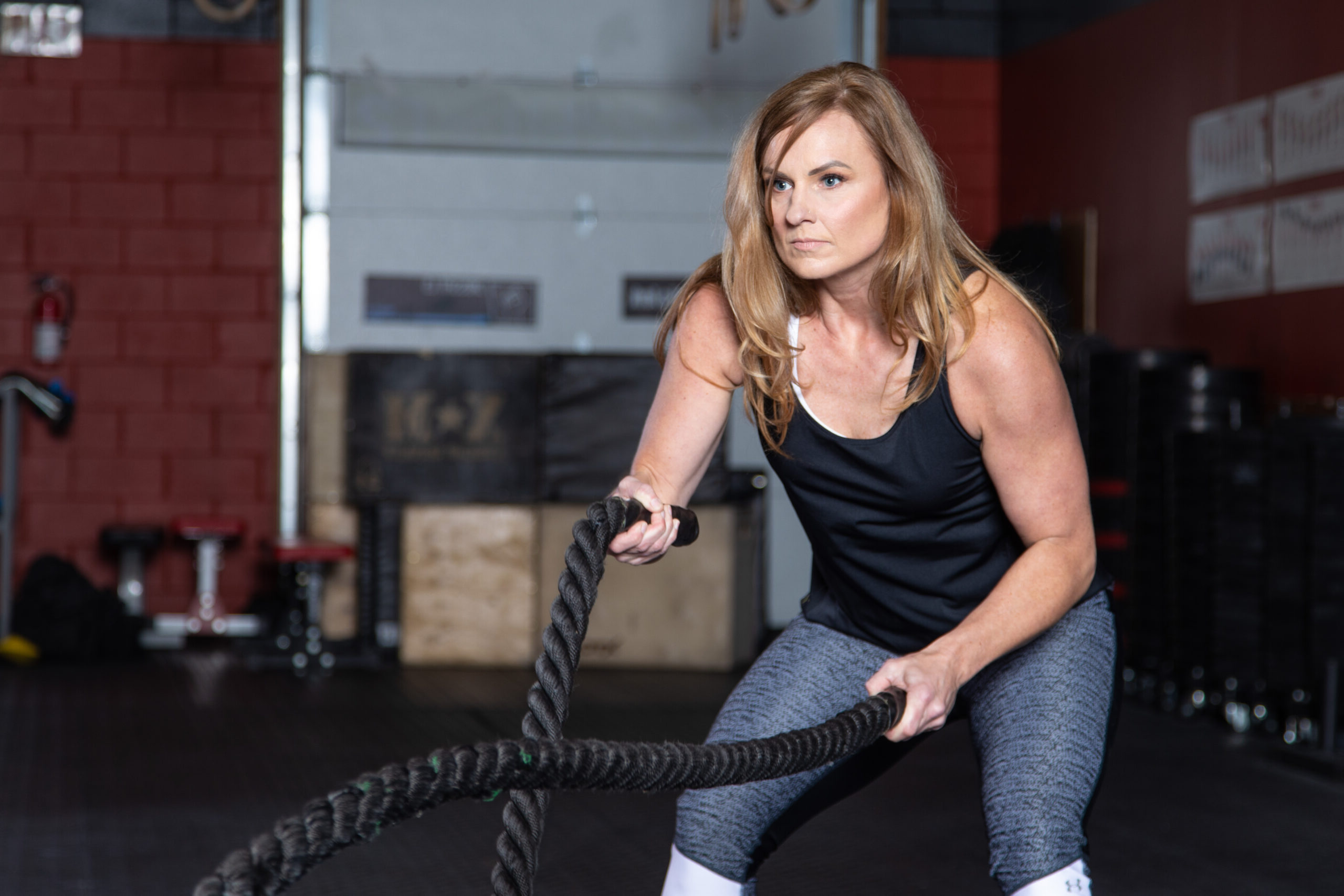 Once she had refueled her body and built her strength back up, Stephanie was able to re-join a gym. “When my nutrition and fitness aligned, I began to notice that I was able to deal with stress more effectively,” she remembers. “I had more energy, I was keeping up with my kids with no issue, I was feeling optimistic, and food no longer held the same power over me.” After less than a year of settling back into her old routine, she was hungry for a bigger challenge. She hired a coach and set her sights on competing in the Ultimate Fitness Events (UFE) in May 2018.

Stephanie had achieved balance when it came to diet and exercise, but her personal life was still off-kilter. “2018 was to be my comeback year, but instead it kicked me in the butt,” she admits. “A string of personal events occurred that derailed me completely.” The UFE spring competition had come and gone before Stephanie was able to refocus. Her coach suggested a photoshoot in November, so she set that as her new goal. With this new source of motivation, she got her nutrition back on track and transitioned into prep for the UFE Spring Bash in March 2019. “The mind/body connection is incredibly strong,” Stephanie shares. “When you aren’t fuelling your body properly or moving it daily, this can make you feel foggy and incapable. But when they are balanced, you feel empowered! Yes, obstacles will arise, and the journey may become difficult at times, but just being on the journey will empower you in ways you could not have imagined!”

STEPHANIE AT A GLANCE

FAVOURITE MANTRA
Good, better, best. Never let it rest. ’Til your good is better and your better is best. —St. Jerome.