Sometimes life can blindside you. In the last year, my life took a very unexpected turn. It started as some coughing and sneezing, but what happened next is what I’m still grappling with.

DOWNWARD SPIRAL In July 2017, I caught a cold and stayed home sick all weekend. But that Monday morning, I woke up with double vision and felt tingling in my hands and feet. My parents took me to Georgetown Hospital, and from there, everything happened so quickly. The doctor ordered a CT scan and, suspecting my symptoms might be Guillain-Barré syndrome (GBS), he sent me by ambulance to Oakville Trafalgar Memorial to get an MRI.

There, I was brought to neurology, and I was experiencing more severe tingling in my extremities (similar to how frostbite feels). In neurology, the doctor did many tests, and I remember I couldn’t feel the doctor scraping up the side of my leg. They decided to send me to emergency for a lumbar puncture to confirm it was GBS, but first they intubated me as a cautionary measure since it was progressing quickly, and I had started having difficulty breathing and couldn’t swallow. 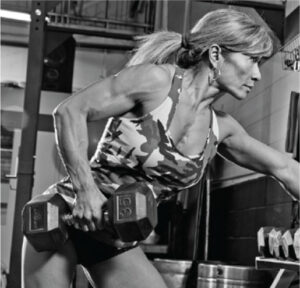 Not long after, the doctors decided to try to remove the breathing tube because I kept throwing up, and they were concerned that fluid would enter my lungs. They’d also highly sedated me because I couldn’t stop vomiting. At this point, I was paralyzed from the waist down.

The next time I woke up was four days later. I’d been heavily sedated and the doctors and nurses continued trying to get me to move my feet, so I’m told.

STRUGGLING WITH MY NEW REALITY When I opened my eyes from the coma, I was disoriented and didn’t think the people surrounding me were real, not even my kids. I felt so hopeless. I couldn’t hold a pen to write, so they gave me a letter board to point at letters in order to communicate. I’ve never liked to rely on anyone for anything. I remember my mom being scared and saying that she thought I was going to use her plot first. All I kept thinking was how this can’t be happening to me — I don’t drink, I don’t smoke, I exercise, I eat well.

I had to ask for help, and it’s unlike me to ever do so, so I struggled with that. My mind was functioning 100 percent and I was overwhelmed with how upsetting it was that my body wasn’t responding to what I was thinking. I didn’t want to be wallowing and thinking, “why me?” but at some points I couldn’t help it.

And even though I know my friends were trying to be supportive, whenever they would say that I was the last person you’d think something like this could happen to, when I eat well and am in shape and so healthy, it bothered me so much to hear it every time. I hate feeling a sense of weakness.

I eventually had a tracheotomy and started to get better; I was able to hold a few things, and over time, I was able to get up and walk, initially with a walker and then a cane, but after a while without any assistance. I learned that I had the Miller Fisher version of GBS, which starts in the eyes and is associated with unsteady gait.

to the respiratory room. There, the hard work began. I had to learn how to do what seemed like everything once again: how to swallow, eat with the tracheotomy tube, walk. It was 21 days after being admitted that I was discharged: I’d gone from a strong 48-year-old woman who’d just competed successfully and was in her best shape ever to someone with a hole in her throat who was still healing and who had to re-learn how to drink water. Rehab followed. It was shocking to me to go from competing really hard to now doing the most basic
exercises. I had to learn how to use stairs, how to pedal up and down. The doctors said I Lead photo Jason Breeze; Carmine Groe was able to fight the GBS and recover in about three weeks time, thanks to being in great shape to begin with.

Today, I look perfectly fine. I suffer from chronic fatigue, though, and my left side isn’t quite as it used to be because I suffered some nerve damage on that side (I can’t sleep on my left side and it tends to get numb). Later this year, I need to have a surgery for some scar tissue in my throat that’s causing a blockage.

I went back to work this July, but I find at the end of each day I need to go straight home and to bed. I am back at the gym every day at 4:30 a.m., though. While I don’t train as heavily or intensely as I used to, I’m working hard. It is depressing, though, and I often feel like I don’t want to talk to anyone. I have to pick up little dumbbells, and I just want to get better faster. But I know that I have to take my time, or I’ll get hurt. What went on and now still goes on in my mind is what’s the hardest.

DIGGING DEEP It’s the passion and drive for fitness that’s helped me recover more quickly. I remember one day, tired of bed baths, I insisted the nurse allow me to bathe myself. I went into the bathroom, and it took me twoand-a-half hours to brush my hair and bathe. This is what takes a healthy person fewer than 10 minutes to do. The same went for rehab when I first started it; I forced myself to walk 50 metres even though it was exhausting. My mindset was, “I do not want to be in here,” and I just pushed and 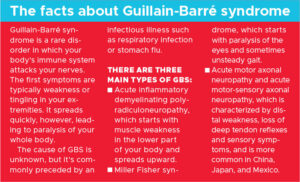 developed a mental strength to get me through it. My fitness competition background definitely helped me in that respect as well. My physical therapist told me that many GBS clients they work with focus on, “Why me?” but they noticed I’d force myself to do things.

MOVING FORWARD After I have the surgery to remove the scar tissue blockage, I want to compete again. My milestone will be to compete in the 50+ category. I’m seeing a therapist and although I’m frustrated with 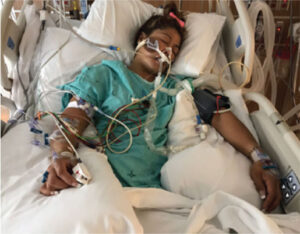 not being able to compete, I understand that things will take time. She’s helped me realize that I have to accept things moving more slowly than I’d like and that I’m fortunate to have recovered as quickly as I did. I feel the only limitations you have are the ones you give yourself. Mentally, I know I’ve done so much in my life that this is an obstacle I can definitely manage. It just takes incredible patience with the progress.

For anyone who’s gone through a major health challenge like this, they probably know the impact it can have on relationships as well. Over the course of this process, my relationships have had their ups and downs. I’ve lost friends because I’m not competing now; I’ve lost clients I used to teach posing to as well. People stopped following me on social media because I’m no longer posting about competing.

But at the same time, although I’ve experienced those losses, I’ve gained a new gratitude for life. I have total strangers who message me who are inspired by my 4:30 a.m. workouts. I don’t know these people, but they
motivate me to get back to the top of my game. I hope to compete in 2019. If I don’t have a chance to compete, I’ll still support the athletes who do and continue to train and live the lifestyle I love. 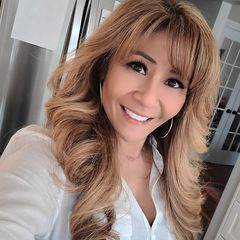