Silver Linings Hillary Bitar has never been one to be afraid to stand out in a crowd. Long before going gorgeously silver became au courant, the former fashion buyer wore her “tinsel” proudly.

Now based in Miami, modeling, and busier than ever, Hillary’s growing old gracefully. D’FYNE stole a few moments with the busy mom and Instagram star to chat about her career, aging, and happiness.

Blonde, blue-eyed babes were who dominated fashion in the late 70s. This left Hillary Bitar, with her brunette hair and hazel eyes, on the proverbial bench. “The top agencies were at a loss with what to do with me and I was told that although I was very beautiful, my look was too unique and exotic to appeal to clients,” says Hillary. So after a few small modeling gigs in college, she went to the other side of the fashion business and got into working as a buyer for Bergdorf Goodman. Then in her early 30s, the strands of silver in her hair started to appear, and by the time she hit 40, her mane was entirely salt and pepper. She chose to not dye it. “It never even crossed my mind to cover it up. I loved being different and unique. Why would I want to colour my hair a number on a box that hundreds of other women have?” she says. What she didn’t expect, though, was how women would react to her greying. “Strangers would say how much better and younger I would look if I dyed my hair. I was asked several times why I would waste my time keeping such a fit body and yet have old hair?” Despite the pushback she encountered, it only strengthened her resolve in her hair-colour decision. “The more negative comments I received the more rebellious I became. I stood proud in my choice and just allowed it to grow in naturally.” 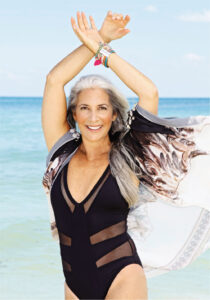 Fast-forward a few decades, and with the encouragement of her Zumba instructor, Hillary auditioned for and booked the ad campaign for a Zumba brand targeting baby boomers, and she was nudged by the director, photographer, and crew to pick up modeling again, but now with her silver hair setting her apart. This time around, Hillary’s unique look worked in her favour. “Thankfully the industry has changed for all girls trying to break into it. Unique looks are rewarded and various body types and ethnicities are the norm,” she says. Now 57, Hillary’s choice to keep her hair natural has extended to how she’s choosing to age. “I had and still have no desire to erase any signs of aging. I am proud to look the way I do, the way nature and my lifestyle choices intend me to look,” she explains. “My wrinkles are earned from smiling and laughing way too much and a few too many scowls as well—they are a part of me,” she explains, adding that it’s a decision every woman must make for themselves. “I support and respect any woman’s choice to do what makes her feel best. My brand and my voice as a model and influencer is to show it is OK to choose natural. I believe the vitality that women often seek and equate with youth cannot be bought. It comes from within, that inner light of confidence in who you are,” she says. “Advertisers push us to erase—I encourage to embrace.” 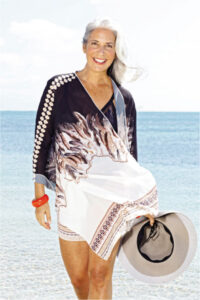 These days, she’s embracing life from her home base in Miami. On a typical day when she’s not modeling, you’ll find her up at 7 a.m. and at the gym by 8 (“HIIT, spin, kickboxing, TRX, yoga—I vary it throughout the week.”). 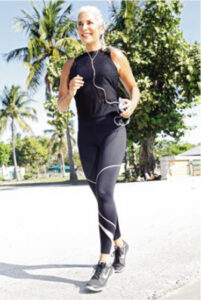 Post-workout breakfast is followed by a flurry of emails with her agencies (she has representation both in the U.S. and overseas), some time invested in social media (follow her @silverstorm777) and then weight training at her home gym. “Then it’s mundane family errands like everyone else!” she says with a laugh. “Dinner at home as a family with my husband and my son, who’s 24.” And even though life can be hectic with her often trying to get so much done that bedtime is typically after midnight, Hillary is happy with the life she’s carved out for herself. “Happiness starts from within. I strongly believe my dedication to living a fit lifestyle is a direct relation to that contentment with who I am,” she says. 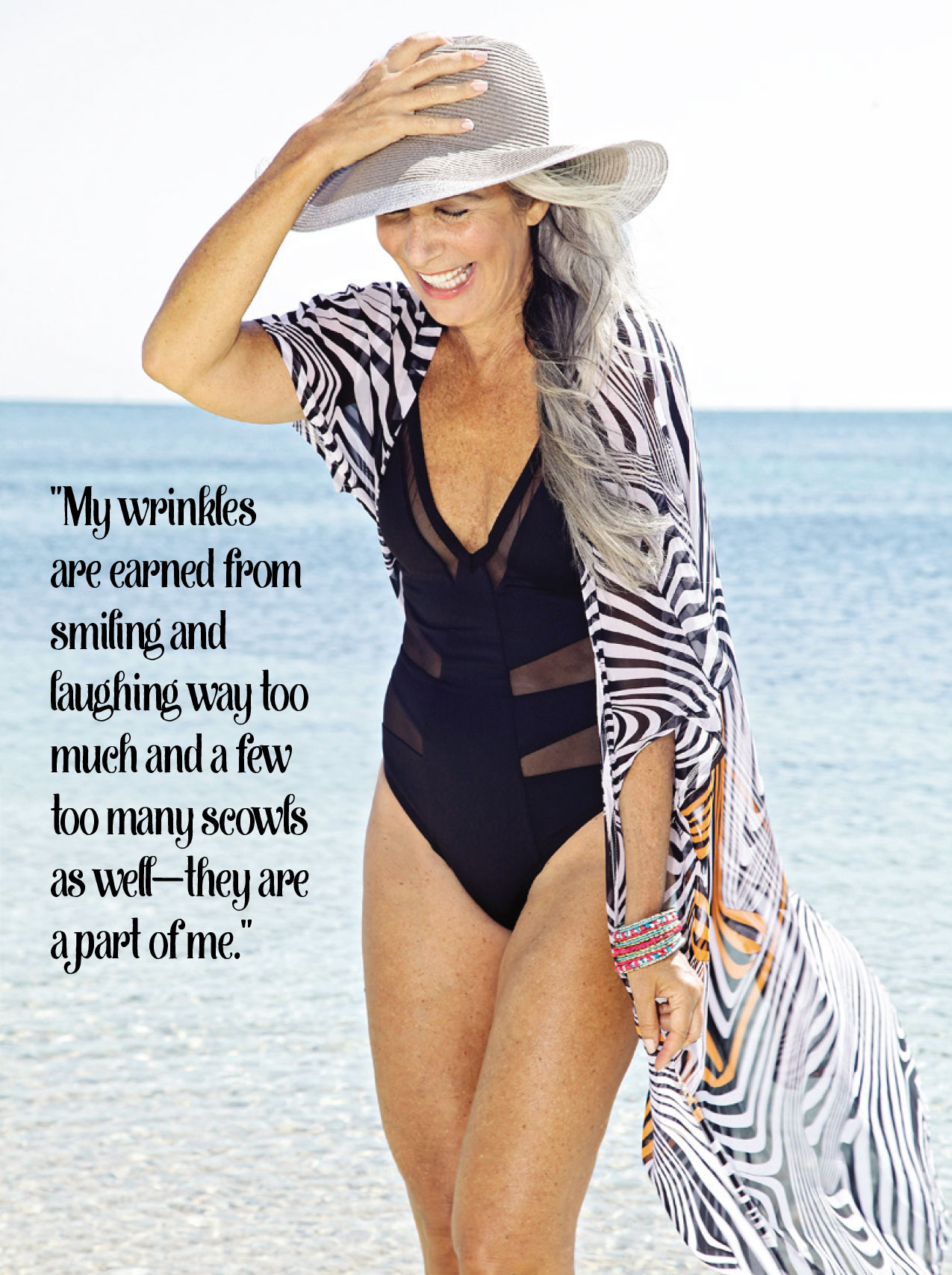 “Besides the endorphins and extra energy that fitness provides, the benefits of good health, preventing many illnesses, allows you to enjoy activities way beyond your actual years. Surrounding yourself with like-minded people is also key. You must have a support system—friends and family who respect and encourage your chosen way of life. 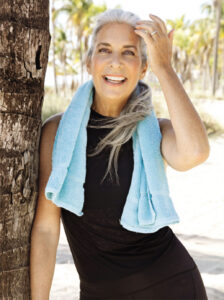 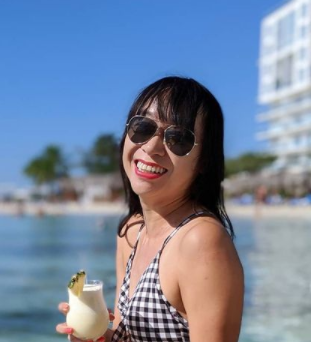